C.S. Lewis's Final Days and the Reality of Hope

Note: As I prepare for a course I'm teaching this fall at Bidwell Presbyterian Church in Chico, I've been thinking about C.S. Lewis. This post is adapted from my book, C.S. Lewis and the Crisis of a Christian. 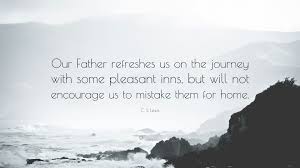 In the classical and medieval tradition—which C.S. Lewis as a medievalist at Oxford University treasured—a good life was defined by knowing one’s death and thus dying well. Memento mori, which means “remember death” in Latin, were artistic depictions of mortality. They are meant to remind us that it's better not to die in one’s sleep or die quickly—as many today long for—but to know we’re dying and therefore to die prepared and peacefully.

In this light, God did seem to prepare Lewis for his eventual passing. When he almost died in the summer of 1963, he expressed some regret that he was brought back. As he wrote to a fairly regular correspondent, Mary Willis Sherburne, who apparently was dying too:

"Pain is terrible, but surely you need not have fear as well? Can you not see death as the friend and deliverer? It means stripping off that body which is tormenting you: like taking off a hair-shirt or getting out of a dungeon. What is there to be afraid of?" (C.S. Lewis)

Similarly, writing to his long-term friend Arthur Greeves on September 11, 1963, he found it

"rather a pity I did revive in July. I mean, having been glided so painlessly up to the Gate it seems hard to have it shut in one’s face and know that the whole process must some day be gone thro’ again, and perhaps far less pleasantly! Poor Lazarus! But God knows best." (C.S. Lewis)

But this reprieve also allowed several final, precious weeks with his brother, Warren (or Warnie). When Warnie wrote a memoir about his brother’s life, his final lines express a pathos that still pierces my heart as I recall them. They remind me that death does point toward hope, but only if we also grasp the loss, the crisis of death.

Warnie remarked on the return to the happiness of their boyhood in the imaginary games they played in the “little end room,” a place for Lewis’s fruitful imagination as well:

"The wheel had come full circle: once again we were together in the little end room at home, shutting out from our talk the ever-present knowledge that the holidays were ending, that a new term fraught with unknown possibilities awaited us both.... We were recapturing the old schoolboy technique of extracting the last drop of juice from our holidays." (Warren Lewis)

I type this as the summer is coming to a close and I am about to return to school, though as a teacher, not a student.

At any rate, this brief respite from the specter of death was not to last. Just before his sixty-five birthday, the nibbed pen of C. S. Lewis would never dip into the inkwell and scratch out another of his insights. I find the words of his brother poignantly spare and profoundly moving as they relate Lewis’s last day on earth:

"Friday, 22 November 1963, began much as other days: there was breakfast, then letters and the crossword puzzle. . . . Our few words then [at four] were the last: at five-thirty I heard a crash and ran in, to find him lying unconscious at the foot of his bed. He ceased to breathe some three or four minutes later." (Warren Lewis)

Warren could only add, in his brief memoir, “nothing worse than this could ever happen to me in the future.” He too knew the sorrow of losing someone close. Indeed he could not bring himself to attend his beloved brother’s funeral.

I don't want to end there, however, because for Lewis, death indeed was not the end. Indeed he believed about heaven and thus life after death. If he was right about what he wrote, his place is now secure. And it is also certainly better.

As he wrote so movingly in some of the final words from The Chronicles of Narnia:

"All their life in this world and all their adventures in Narnia had only been the cover and the title page: now at last they were beginning Chapter One of the Great Story which no one on earth has read: which goes on for ever: in which every chapter is better than the one before." (C.S. Lewis)

And so it is with our great hope as followers of Christ. 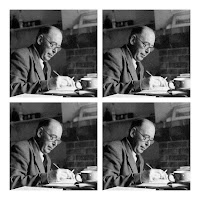 Posted by My Reflections at 7:09 AM