I posted this back in late July, and it seemed like Brexit was fading in light of the Democratic and Republican conventions. Two days after Trump's election (who prophesied that his election would be "Brexit times 10,") I now see this topic as relevant, much more relevant than I would have predicted. I'll leave the rest as it was, and those who are reading this can draw parallels and provide mental updates to the events of this week.

I realize almost no one in the United States is talking about Brexit these days, but I've got a post that came to me as I was on vacation a few weeks ago. So casting caution and good sense aside, I decided to post this in the midst of the welter of news, info, tweaks, rants, and joyful exclamations surrounding the Democratic Nation Convention. And, in doing so, instead of getting all political, I'll keep this more personal. 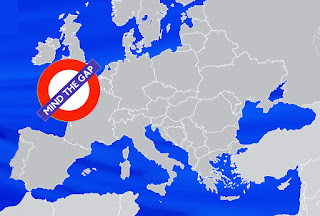 The surprise of the Brexit vote occurred just as I was starting my first day of vacation in Europe—a continent to which Britain soon will not belong. As an American, the whole thing feels a bit distanced. I mean, our country’s foundation was to separate from England. So generally, independence sounds like a good thing to me and other Americans. (Incidentally, the U.S. also celebrated its Day of Independence--i.e., July 4th--while I was also on vacation.) Separating. Being independent. It's catching on. I read that the Netherlands might be next by doing, yes, “Nexit." And the Greeks with "Grexit"; France with "Frexit." Etc.

Does this lead to Perplexit (my term), the state of wondering why this is all happening? Put more directly, Should we find this move unusual?

In seeking to answer my own question, it struck me that the impulse for Brexit is so common—when those around me bug me, why not just break the connection, stop texting, or de-Friend them on Facebook? I, like James Taylor (and the Drifters before him), want to go “up on a roof” and be by myself with the stars.

“And there, the world below can't bother me.”

Now of course, there are times when to separate is all well and good. Times when we need our space and relationships that--as the current saying goes, are “toxic"--that drain out our life and our health.

And yet. And yet, I wonder if we are not surprised—just like the Brits who really didn’t want to leave the European Union—that our protest actions are taken too seriously. That once we calm down, we find ourselves alone, isolated and lonely.

In another context, a family member quoted Abraham Lincoln—and the U.S. slogan—“divided we fall.” Both sources paraphrase Jesus, who commented that “every city or house divided against itself will not stand" (Matthew 12:25). Those words, it seems to me, are worth recalling.

Maybe Britain can stand by itself. I'm not sure, and I'm not really not predicting. But what I do know is that we as humans are prone to be deceived by the thought that we can make it on our own. In those moments, instead of pressing Exit, next time maybe should we try pressing Pause.
Posted by My Reflections at 5:01 PM 3 comments: