The Indelible Mark of Religion and Science on America

The interplay of science and religion indelibly marks American culture and carries with it all key American values, like the connection (sometimes denied) of reason and emotion, the primacy of experience, and the enduring legacy of racism. The relationship between these two cultural forces goes back to our earliest founding voices, such the Pilgrim divines who, being the most educated members of the early colonies, brought together religious reflection with “natural philosophy” (as science was called before 1834). A century or later, in the very founding of the United States politically, there was both the rationalist “freethinkers” Thomases Paine and Jefferson joined by the religious Johns, Witherspoon, Jay and Adams. The late 19th century paired the Christian evolutionist at Harvard, Asa Gray, with the preacher’s son and itinerant evangelist for agnosticism, politician Robert Ingersoll. 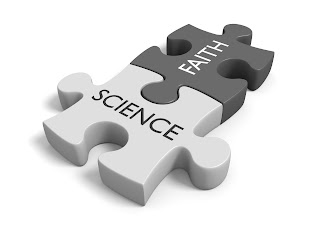 Through these voices and many others has coursed the question of whether the “heart” or the “head” is more important, whether human beings can be changed in an instant (aka experience a spiritual revival), and what to do about the enduring American sin of racial prejudice, the latter so often couched in scientific terms and given scientific teeth through movements like the early 20th century eugenics movement. Of course, today in light of COVID-19 and our failure as a country to address this pandemic, we have the anti-science wing of the church (take your pick) counterpointed by the devout Christian in science, Francis Collins, at the helm of the National Institutes of Health.
I submit these as simple notes and a few exemplifications of the key fact:

Posted by My Reflections at 10:05 AM No comments:

Where is Race in the Bible? Some Notes As I Ponder

Our country is talking about race quite a bit right now, but I’m not sure we have an agreement about what “race” means.

Here are some notes as I work on answering this question.

In other places (like this), I’ve noted that race, as we often understand it, isn’t a biological or genetic category…. which certainly doesn’t mean race is non-existant. Race is a cultural one with powerful implications, most notably racism.

I'm a bit surprised to say that Wikipedia is remarkably good here:

“A race is a grouping of humans based on shared physical or social qualities into categories generally viewed as distinct by society. The term was first used to refer to speakers of a common language land then to denote national affiliations. By the 17th century the term began to refer to physical (phenotypical) traits. Modern scholarship regards race as a social construct, an identity which is assigned based on rules made by society. While partially based on physical similarities within groups, race does not have an inherent physical or biological meaning.”

So far so good. Let me add this: As a Christian and a student of the Bible, I'm interested in this particular question: How does this line up with the New Testament?

2.     Ethnos (the root of ethnic) can mean “mass,” “tribe,” “nation,” and sometimes more specifically, “Gentile.” It appears multiple times in the New Testament such as in 1 Peter 2:9 and Acts 10:22, “They answered, 'Cornelius, a centurion, an upright and God-fearing man, who is well spoken of by the whole Jewish nation, was directed by a holy angel to send for you to come to his house and to hear what you have to say.'”

3.     Suggenes (the root of nothing I can identify) has these meanings: “a relative (by blood) and by extension fellow kin” as in Romans 9:3, "For I could wish that I myself were cursed and cut off from Christ for the sake of my brothers, those of my own race."

Posted by My Reflections at 7:06 PM No comments:

From the Cutting Room Floor: On Racism, Religion, and Science

I've been working on a Science for the Church newsletter, which will be posted soon, and here are a few ideas that left on the cutting room floor.
The topic is the history of scientific racism. 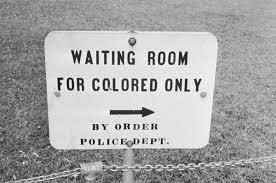 First: We could of course talk about how our earliest American Christian leaders had racist ideologies—and I’ll pick on one of my heroes from the 1700s, Jonathan Edwards who brilliantly integrated his theology with natural philosophy (or science) also owned slaves. Here's a bit more nuance to that statement:

"Though he recognized the cruelty of the slave trade and considered enslaved people his spiritual equals, Edwards himself owned slaves throughout his life and career." Princeton & Slavery

Second: We can't forget the extension of Charles Darwin's theory of natural selection into social Darwinism, the theory that “sociocultural advance is the product of intergroup conflict and competition and the socially elite classes (such as those possessing wealth and power) possess biological superiority in the struggle for existence.” Darwin himself repudiated social Darwinism, but his cousin Francis Galton who coined the term "eugenics" in 1883 certainly launched a social Darwinist experiment in England and the United States.
Third: The implicit racism of anti-immigration sentiment today is shocking, but it's not new. When the restrictive 1924 Immigration Act allegedly sought to restore the racial composition of the United States, it set those standards on a census over four decades old, the 1880 census, before many Southern and Eastern Europeans had emigrated to America, who were not considered the same “race” as their Anglo-Saxon counterparts.
Fourth: Note Webster’s updating of their definition of racism to include systemic racism.
Fifth: My grandfather Nicholas Kutsonas, escaping persecution as a Greek in Turkish-occupied Macedonia, fled to this country as a teenager in 1915. He was considered, as a Southern European, to be the kind of “race” that the United States didn’t want. It’s no surprise, that when the 1924 Immigration Act went into effect, it led to a net decrease of Eastern and Southern European immigrants. Put another way, because race has little or no basis in science, and particularly in genetics, it’s a concept that’s malleable and can be manipulated to serve racist ends. Nichole Phillips, Emory University theologian, recently spoke against “colorism”--the prejudice that privileges lighter skin over darker and that leads to racism,
Posted by My Reflections at 10:19 AM No comments:

Racism and Science: Still Bubbling Around and Not Going Away

This is another adapted excerpt from my book, Negotiating Science and Religion in America, which I felt I had to post in light of George Floyd's killing and dialogue about racism in our country.

In this book, I noted a few places where the construction of race, and especially racial superiority, has been tied to science; for that reason it’s also promoted as “scientific racism.”

The status of race as a scientific category has been significantly questioned—for example, in the influential work of Alan Templeton. In this respect we—and by “we” I mean those who want to bring together religious and scientific insight (and who are often white and male)—have to grapple with race as a social construction.

And with race arrives many other ills. One of the surprises of cultural life in contemporary America is the return of white supremacists and nationalists, and along with them, the anti-immigration rhetoric that highlights certain countries (in this case, Latin American ones) and religions (Islam). I am concerned about the rhetoric against the immigrant that led to Donald Trump’s election as President and how it mirrors the social concerns of the early twentieth century. And, I am horrified at the killing of George Floyd and what that means about the bubbling caldron of racism that is exploding right now in the United States.

Racism and bigotry make many claims.

“The essence of bigotry, including racism, is the belief that easily identified categories reliably predict behavior, intelligence, and character,” Dave Unander.

Marouf A. Hasian, Jr., in his 1996 The Rhetoric of Eugenics, had already
noted a “revival of eugenics” twenty-five years ago. I see no reason to miss the same parallel in post-Trump America:

"Just as Americans in the 1990s are confronted with the specter of armies of homeless, dependent AIDS patients, and violent inner-city gangs, in the 1910s and 1920s the nation was concerned with what it termed problems of the feeble-minded, the congenital defectives, and other degenerates." Marouf A. Hasian, Jr.

In his study of race and eugenics in the southern states, Edward Larson examines how southern eugenicists were vexed about “the deterioration of the Caucasian race than about any threat from the African race” and then presents this 1919 quotation from a white Louisiana physician: “What language can express the humiliation we should feel at seeing [our] race, physically, mentally and morally, slowly going to decay?”

As a California child in 1960s and early 1970s grade schools, I remember growing up and learning about three primary human races: “Caucasoid, Negroid, and Mongoloid.” How confusing those easy distinctions have become in light of the reality of mixed racial compositions and the fact that the relevant sciences don’t support commonly held discriminating features distinctions based on race.

“Genomics—reading DNA—is showing that all human populations carry most of the same genetic variations, contrary to what we would expect if ‘races’ existed.” Dave Unander

In a related vein, Templeton concluded his study of any biological basis for race with this,

“Humans are an amazingly diverse species, but this diversity is not due to a finite number of subtypes or races. Rather, the vast majority of human genetic diversity reflects local adaptations and, most of all, our individual uniqueness.” Alan Templeton

At this critical time for our country, my hope is that skilled and informed contributors to this conversation will rise up to address the links between racism and the use of science. May it be so.
Posted by My Reflections at 7:02 PM No comments: