C. S Lewis and Science: A Sktech and a Blog Entry

I continue to work on this theme of how C. S. Lewis interacted with science... maybe it'll grow up to become an e-book someday. In any event, here's a sketch of the major ideas. 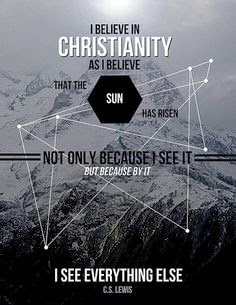 Nonetheless, Lewis did discern a rising tide of scientific thought that set itself against Christian belief and that sought to remake western civilization. Here science did not promote its findings per se, but offered them as the basis for a philosophical change… or put differently, a transformation of worldviews. This worldview would be mechanistic, thus materialistic, and therefore implicitly atheistic. It would not only destroy the basis for Christian belief, it would also implicitly deny the need for literature (which, of course, was Lewis’s great passion and his professional discipline).
So, in this sense—of science as the basis for a worldview—Lewis had plenty to say, and the topic winds its way into a considerable percentage of what he wrote.
I would therefore like to unfold the topic of C. S. Lewis and science more systematically.
In sum, Lewis’s thoughts on science interest me as a scholar of Lewis and therefore have considerable relevance for his vast readership. Though formulated over fifty years ago, they also have some considerable contemporary relevance as we continue to face onslaughts from those who promote scientific materialism as the final arbiter of truth and rationality.
Posted by My Reflections at 10:13 AM No comments:

The Problems of Science and the Machine

One of the finest pieces that C. S. Lewis ever delivered was his November 1954 inaugural lecture for his chair at Cambridge in medieval and renaissance literature (which, in many ways, they created for him). He considers the periodization of western thought. Not only is he one of the first I’ve read to describe post-Christendom and its effects, but he also highlights (as I’ve mentioned at other times in this blog) “the birth of the machine.” As he put it simply, “It alters Man’s place in nature.” The rise of the metaphor of the world—and therefore us—as a machine has great consequences for how we understand the relationship between science and religion. For one thing, it leads us to believe that scientists are mechanics, studying and analyzing machine-like objects. It also places a distance between us and nature. 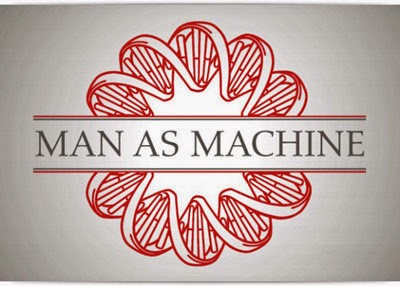 As I’ve thought more about this topic of the growth of the machine, I do think Lewis hit the taproot of much of what has altered the relationship of faith and science. Yes, it’s not science per se, it’s that science has given us a different picture of ourselves because the model of life as a machine works so well. It certainly is inadequate for biology—despite how the metaphor of a processing unit has expanded into how we understand consciousness and thus ourselves. It's beginning to have its effects on how we understand the brain and the mind—in this case, that the machine is a computer that “processes” information and that is engaged in “uploading” and “downloading.” The metaphor of the machine probably doesn’t work that well for physics either.
The metaphor also therefore changes our place with nature. Lewis lamented the growth of the machine. René Descartes famously described humanity as “masters and possessors of nature.” Put another way, living in a technological world has distanced us from true, good human values and thus from nature. The reader of Lewis’s fiction finds this exemplified in N. I. C. E., National Institute for Co-ordinated Experiments, from That Hideous Strength, a depiction I find telling, but somewhat overwrought. A better example can be found in one of his most notable poems, “The Future of Forestry,” where Lewis describes a world that has forgotten the beauty of the forest, and thus of nature, in its headlong pursuit of technological advance, and of roadways. (I am reminded of the work of Lewis’s friend and fellow Inkling, Tolkien, who placed in the hands of Saruman, the evil wizard, the destruction of the forests for the sake of production.)

How will the legend of the age of trees Feel, when the last tree falls in England? When the concrete spreads and the town conquers The country’s heart;…

These problems derive from scientific materialism, the assertion that this world is all there is, that we and the world around us are a machine, and that science has demonstrated this fact. Lewis looked toward a re-enchantment of the world through myth and story to bring us to the place where we can find joy. For these reasons, it might be worth reconsidering the effect and effectiveness of the rise of the machine.
Posted by My Reflections at 9:00 AM No comments: