Saying Yes, Flow, and the Question of Selfishness 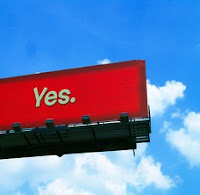 I'm beginning work on a new book tentatively titled, Ten Beautiful Yeses: Further Toward What's Best in Life, Work and Love. Let's begin our search for the yeses in life, with what we really care about. In that light, I believe we can let our fears diminish in light of the scale of what we’re discovering and the joy and beauty we will experience.

To be sure, the psychologist Mihaly Csikszentmihalyi has on odd name—I once heard someone comment (though I can’t verify this) that he prefers “Mike” and that his last name sounds something like “Chick-sent-me-high.” All of this intrigues me… which in a way is what he’s after—that is, what is truly intriguing in life. In Flow: The Psychology of Optimal Experience, Csikszentmihalyi presented a key idea for grasping how we find our passion. In the state of the mind he named “flow,” we experience deep enjoyment, challenge matched by our skills, creativity, and sense that time is moving in a different, and fuller way. How can “flow”—or “optimal experience” be described? He writes that “‘Flow’ is the way people describe their state of mind when consciousness is harmoniously ordered, and they want to pursue whatever they are doing for its own sake”(6). One key example for Dr. C is the work of a surgeon, who works within certain limits (defined by keeping the patient alive), for a specific goal (the improved health of the patient), with a task that's entirely demanding and rewarding. Although paradigmatic, flow doesn't just happen for surgeons. It's actually a reasonably universal experience. But how did he find this out? He developed a new form of research, the Experience Sampling Method, in which hundreds of subjects wore pagers that beeped at odd intervals throughout their days. When paged, the participants had to quickly fill out a brief survey that noted what activity they were engaged in and a series of questions of whether they were more or less in the “flow.” Were they in “optimal experience”?

Csikszentmihalyi’s research indicates some surprising results: for example, human beings more often experience flow when they are working than when they are at leisure (158-159). Although television requires mental processing, very little else mentally, like memory, is engaged. “Not surprisingly, people report some of the lowest levels of concentration, use of skills, clarity of thought, and feelings of potency when watching television” (30). Ultimately, he asserts, optimal experience makes life worth living. When we’re in the flow, we want to do nothing else. And we don’t really care about much else. “An activity that produces such experiences is so gratifying that people are willing to do it for its own sake, with little concern for what they will get out of it, even when it is difficult, or dangerous” (71).

Doesn’t this “finding your passion,” and looking for "flow" seem just a little too selfish and therefore illegitimate as a way of directing our lives? Not necessarily. I have learned from a distinction the Christian writer and literary scholar, C.S. Lewis, who delineated an important distinction: between being selfish and self-centered. Finding what we are called to do is, in a certain sense, selfish—we love doing it and therefore we find great joy—but entirely not self-centered—when we do what we love, we forget ourselves as we delight in the activity itself. Lewis writes

One of the happiest men and most pleasant companions I have ever known was intensely selfish. On the other hand I have known people capable of real sacrifice whose lives were nevertheless a misery to themselves and to others, because self-concern and self-pity filled all their thoughts. Either condition will destroy the soul in the end. But till the end, give me the man who takes the best of everything (even at my expense) and then talks of other things, rather than the man who serves me and talks of himself, and whose very kindness are a continual reproach, a continual demand for pity, gratitude and admiration. (Surprised by Joy, 143-44)

So, in a way, I’m asking us to be more directed toward what we like because there we have the power to become self-forgetful and even other-directed. Here I’m proposing a form of enlightened selfishness. The point is not, as we often fear, that when we like to do something it will make us less moral, but what we truly love to do helps us to turn our eyes off ourselves and toward others, which is the beginning of right actions. Don’t stay selfish—that, as C.S. Lewis points out, can also “destroy the soul,” but learn to follow what you truly enjoy and follow it toward something outside of us. And that leads to mission….
So tell me, what do you think of all this?
Posted by My Reflections at 4:15 PM 4 comments:

Growing Up in America 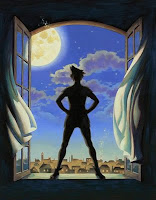 Two things came together for me today.

First of all, I came across an article in the New York Times that described how the road to adulthood has gotten longer and that our country is extending adolescent later in life, go here. The article presented several factors such as a poor job market, more expensive college tuition, and the fact that we are delaying both marriage and having children. Still the reality is this: our culture  today is not asking our children to grow up--to leave adolescence--until their 30s.

Second thing: I finished a really fine novel, "Lovely Bones" (Alice Seebold) that begins by describing the life of a family and a town from the perspective of a fourteen year old who's just been murdered. A pretty arresting start. And the scenes of family life--and this family's grief--are poignant. It's no surprise the American Booksellers Association award it "Book of the Year" when it was published.

But here's the thing: Seebold could describe the joys of adolescent life and especially teenage and twenty-something love, dreams, and sexuality. The lives of the adults, however, pretty much bottom out. Marriages fell apart (adultery, workaholism). Dreams were deferred and forgotten because of the relentless onslaught of the demands in adulthood. The book expressed little sustainable positive vision for what it means to go past this adolescence.

I'm not blaming Seebold. I don't know her work well enough--all I've read is "Lovely Bones"--and she might says she's just describing the U.S. But if that's the response, therein also lies the problem: our culture prides itself on excitement, adventure, self-expression, and staying young. Pretty much the description of adolescence. American doesn't want to grow up.

But where's the point where we say no to newness and self-orientation? When do we say yes to sticking things out and learning that, once the buzz of the "first time" wears off, that's when life really gets good? I treasure the moment when I first road my bike without training wheels, but I'm glad my skill level and mastery has improved over the intervening years. There's no way I could bike the trails I do today with the skills I had when I was six.

Those two things lead to a third: Being a kid, a teen, and an adolescent was great. But growing up has a lot to offer. And being an adult is sure a lot better than staying a child forever.
Posted by My Reflections at 11:40 AM 1 comment: