God Wherever We Look 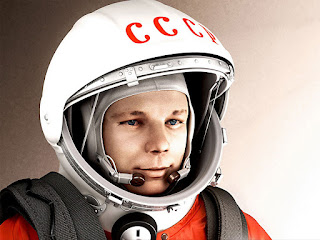 This is an excerpt the "eSTEAM" newsletter that will appear next week. If you'd like to sign up you can do so here.

Because I've found my faith enhanced by science (and challenged at times), I have a positive sense when I ponder how to read God's Book of Scripture and book of nature.

But I also realize, as a church teacher and leader, that a church member's felt need about science is often how to remove uneasiness. It's based on a simple, and often understandable, fear:

What Christian congregations, college groups, and adult fellowships don’t want is science without God. Or even more science that denies God’s activity.

This means, that for most of us, it’s not about a resistance to science per se, it’s about science with no God. It’s about those voices that proclaim science’s power to oust God from the universe. And this might be based on some prior decisions. As the noted physicist Stephen Weinberg phrased it,


"Most scientists I know don't care enough about religion even to call themselves atheists." Stephen Weinberg

Sometimes, despite what scientists themselves say, the culture or political powers will change that message.

The first cosmonaut in space Yuri Gagarin (who achieved this feat in 1961) was quoted by Soviet Premier Nikita Khrushchev, in line with the official atheistic Soviet line, to have announced,

Interesting, it seems that Gagarin, a Russian Orthodox Christian, never made that proclamation, but that the officially atheist government put those words in his mouth. The Soviet Union had an official atheistic stance and thus started by not finding God on earth. So God couldn’t be in space either. In fact, Gagarin’s friends remember his saying,

“An astronaut cannot be suspended in space and not have God in his mind and his heart.” Yuri Gargain

To me that adds up to some great news about bringing science to church.

We find more and more places throughout this astonishing creation, whether in space or on earth, to look and to see the Creator God we know in Jesus Christ.

Posted by My Reflections at 11:00 AM No comments: 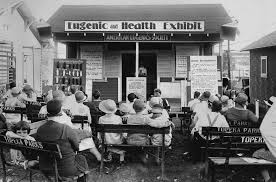 One more excerpt from the manuscript I’m finishing up on Science and Religion in America...

What do we do when science goes bad?

Beginning in the early twentieth century, America experience saw the rise of eugenics, which at its roots means “good creation,” through figures such as Francis Galton. Knighted in 1909, Galton was English anthropologist, explorer, half cousin of Charles Darwin. He was known for his pioneering studies of human intelligence and was in fact the first person to coin the term eugenics, the practices and beliefs that aim at improving the genetic quality—the physical and mental composition—of human populations through intention breeding and selective parenthood. Scientific support for eugenics, in the rhetorica of its promoters, was offered by evolutionary thought.

In the United States, the eugenics movement took root in the early 1900s, led by the leading biologist Charles Davenport (1866-1944) who in 1910 founded the Eugenics Record Office at Cold Spring Harbor Laboratory on Long Island with the explicit intention “to improve the natural, physical, mental, and temperamental qualities of the human family.”

Irving Fischer (interestingly the son of a Congregationalist pastor) preached that Americans “must make of eugenics a religion.” In 1915, at the Race Betterment Conference, Fischer presented a talk entitled—with language clearly appropriated from the Gospel: “Eugenics—Foremost Plan of Human Redemption.”

Around that time, the literary giant D. H. Lawrence offered the disturbing fantasy of extermination:

“If I had my way, I would build a lethal chamber as big as the Crystal Palace, with a military band playing softly, and a Cinematograph working brightly, and then I’d go out in back streets and main streets and bring them all in, all the sick, the halt, and the maimed; I would lead them gently, and they would smile at me.” D. H. Lawrence’s 1908

As I mentioned in a previous post, the power of CRISPR gene editing makes this even more concerning today. The power of these genetic technologies has arrived with a notable cost-benefit. As our ability to modify human genetics increases, we could also weed out putatively undesirable traits like Down Syndrome, or they could again be applied against “inferior” races. And the rise of white nationalism makes this notion seem not entirely implausible.

But I’ll leave it there.

The question we have to ask is, How do we respond when science goes bad?
Posted by My Reflections at 10:34 AM No comments:

The Disestablishment of Religion in America

Do you ever have a book you've heard about, perhaps even quoted, but never actually read? For me, it's been retired UCSB sociologist Philip E. Hammond's 1992 book, Religion and Personal Autonomy and the theory of the "third disestablishment" of American religion.

The Bill of Rights forged the "first disestablishment" of religion determining that church and state would be separated. The second disestablishment occurred in the 20th century between the world wars when “churches found themselves popular but less powerful" (to quote Hammond).

This has led some sociologists to describe a “third disestablishment” of religion. According to Wade Clark Roof and William McKinney, during the 1960s,

That last phrase demonstrates the acceleration of religious individualism and brings us to today. In our American religious landscape lies a diversity of new religious movements, fostered not only by the First Amendment and its freedom of religion, but also by American individualism and free market economy. As the standard treatment of American religion by Edwin Gaustad and Leigh Schimdt, The Religious History of America describes the variety of religious movements in the '60s:


“Such movements, which for so long had found America’s volunteristic and democratized milieu a fertile seedbed, only grew more visible and variegated after the 1960s.” Gaustad & Schimdt, The Religious History of America

And here's what I've found in doing research for my soon-to-be-finished book on religion and science in America: As religion becomes more individualized and more private, it atrophies in its ability to engage with science, which is fundamentally a public enterprise.

Today, in fact, we've gone one step further. If anything characterizes contemporary 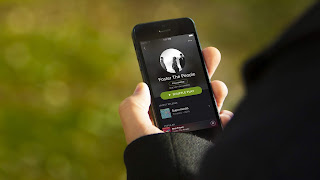 American religious life, it is pluralism, and emerging adults have been formed in an age of dazzling diversity of all kinds, including worldview, religion, sexual identity, and racial-ethnic concerns. Americans, especially 18-30 years olds, tinker with spirituality or religion, and this creates a Spotify mix of religion (a phenomenon I take to be central to the “spiritual, but not religious” crowd).

No longer is religious belief a vinyl twelve inch LP. Today listeners look to a variety of sources for spiritual input. They use a Spotify mix, in which listeners create a playlist from various artists based on a chosen mood or a feel. In a discussion in my undergraduate Science and Religion class, one student, who had grown up in an evangelical church commented,


“I cherry pick from various religions instead of choosing just one.”


“I’ll stay with being a Catholic, but at times I like Buddhism better. So sometimes I’ll go with that.”

I think Hammond and others are generally right because it makes sense of what the religion on the ground that I see and the students I teach.

As a footnote of sorts, we'd like to think that we curate that mix for ourselves whether it’s with music or spirituality. The irony remains, however, that rarely do we put it together; instead we outsource it to a curator or even a curating algorithm assembled by able computer programmers. The question for all this then is, What do we as Christians say in response?
Posted by My Reflections at 8:25 AM No comments:

Francis Collins, BioLogos, and the Harmony of Science and Religion 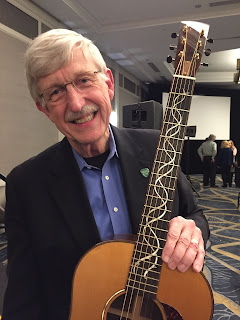 As I mentioned in the last post, I was just at the BioLogos conference on science and religion, which was (as expected), often profound and captivating. One of the key reasons was spending time with, and hearing from, the head of the National Institutes of Health and author of The Language of God, Francis Collins. He's a guitarist, singer, and often, song leader, and to the left here he is with his "double helix" guitar.


Collins can to public recognition when headed the Human Genome Initiative, which, in 2000 decoded the entire 3 billion letters of the human genome “on time and under budget” (as I’ve heard him celebrate), in a “rough draft” form.

The Language of God, written in 2007, strikes a tone that could be pleasing to no one, or at least, problematic for the vocal poles. He rejects both scientific atheism (in a thoughtful  gentler manner appropriate to his personality) and hardcore Creationism as well as Intelligent Design. For example, he once commented to CNN,


“Attaching oneself to such literal interpretations in the face of compelling scientific evidence pointing to the ancient age of Earth and the relatedness of living things by evolution seems neither wise nor necessary for the believer.” Francis Collins 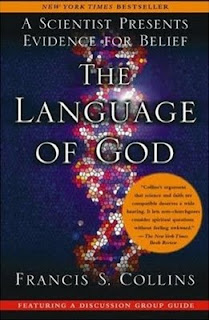 “The God of the Bible is also the God of the genome. He can be worshipped in the cathedral or in the laboratory. His creation is majestic, awesome, intricate, and beautiful.” The Language of God

So why the term "BioLogos"? Ultimately, Collins wanted to reformulate the traditional phrase theistic evolution, which seems to privileged "evolution" and put God second. Instead he coined Biologos.

In the same year his book was published, the BioLogos Foundation was started to offer a voice to promote the harmony of science, and especially evolution, with evangelical Christianity. And so last week, we (and I as a member of the advisory council) celebrated its ten year anniversary.

At the conference, he recounted an encounter as a medical student in which a dying patient had laid out her faith in Jesus as the Christ and then asked, “Doctor, what do you believe?” (You can see a more detailed version of Collins's testimony in this Veritas Forum video.) He was stunned and knew he had no answer. So—after asking a local Methodist pastor for a recommendation—he began reading C. S. Lewis’s famous defense of the faith, Mere Christianity: 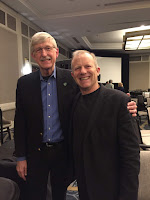 I had always assumed that faith was based on purely emotional and irrational arguments, and was astounded to discover, initially in the writings of the Oxford scholar C.S. Lewis and subsequently from many other sources, that one could build a very strong case for the plausibility of the existence of God on purely rational grounds.

In spending time with him, I found Collins both humble and confident, knowing his life in light of God's grandeur and yet his experience and scientific training. (He has collected both a PhD in physical chemistry and an MD.) Collins combines a world class grasp and passion for genetics—and thus evolution—with "mere Christianity."

That makes Collins a significant voice for science and religion--and that fascinates me. Plus, he's fun to hang out with.
Posted by My Reflections at 8:07 AM No comments: