What the Science of Race Doesn't Show

As a part of my research on science and religion in America over the past two years, which resulted in my book coming out next month, I came to take in the recalcitrant history of the science of race. 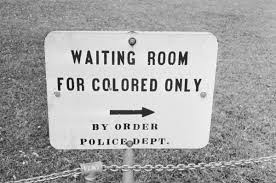 And, of course, one all-too-common result has been--and still is--racism, which represents another indelible feature of our country and which some have called "America's original sin."

Maybe you know something about this topic already, but I was woefully underprepared. If you'd like a brief intro, here are three articles from the BioLogos website that offer a solid overview of the topic (and are brief enough that you don't have to do copious reading).


Here are the links to the mini bibliography:
The bottom line (or at least, one critical takeaway) from this research is summarized well by Deborah Haarsma:

No genetic basis for race” is referring to the way we define “race” in our culture. When the census asks you to identify as “white”, “black”, “asian”, etc., those are cultural categories, not scientific categories. While some aspects of these cultural categories (e.g. skin color) are genetic traits, those traits are a small part of all the genes that differ between any two individuals. Yes, there is a genetic basis for the many local ancestry groups. But as geneticist Alan Templeton points out, “If every genetically distinguishable population were elevated to the status of race, then most species would have hundreds to tens of thousands of races.” BioLogos President Deborah Haarsma

P.S. While I'm at it, I'll link one more article, this by Karen Norrgard, "Human Testing, the Eugenics Movement, and IRBs."
Posted by My Reflections at 8:18 AM No comments:

Email ThisBlogThis!Share to TwitterShare to FacebookShare to Pinterest
Labels: racism, science of race

Being Born Again and Again

Here's a little something pulled from my upcoming book, Negotiating Science and Religion in America. 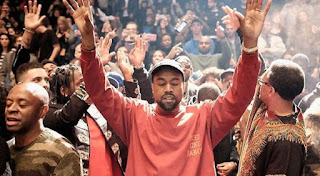 The topic--a religious revival--is also worth taking in as we watch Kanye West tour the country and bring what many are calling a new surge of God's Spirit. (It's attracted the attention of Joel Osteen and the American Bible Society.)

I remain open--and I've always liked Kanye's music--but I'm not yet convinced this is really a reviving of our country's spiritual life. At any rate, here I look at the question of whether revivals are beneficial. They certainly are American!

A central component of the story of America is the sensational change that religious revivals promise. As Winthrop Hudson makes clear in his classic, Religion in America: An Historical Account of the Development, one effect of the various revivals was missionary zeal:

“Above all, this surging tide of evangelical religion supplied a dynamic which emboldened the Protestant churches of America to undertake the enormous task of Christianizing a continent….” The late Princeton University historian Winthrop Hudson

Our country maintains a revivalist zeal and the distinctive hope that life can begin again. To our continual human question, Can I change?, revivals offer a resounding unmitigated Yes. And for a country founded by people seeking the New World, definitive spiritual renewals fit beautifully. As the Romanian poet Andrei Codrescu once quipped,

“The spiritual pastime of Americans [is] getting born again, over and over.” Romanian poet Andrei Codrescu

A radical moment of change or conversion indelibly marked our consciousness and hopes. Instead of continual incremental change—e.g., the notion of kaizen, cherished by Japanese culture—we applaud radical, dynamic disruption, with lives marked by a specific before and after. But, of course, revivals don’t always deliver.

P.S. Insofar as this is a blog about faith and science, and about what makes a flourishing faith, fully alive, revivals tend to direct Americans away from the rationalizing side of life--the "head," as it were--that we associate with science. America has exhibited a dialectical relationship with science and religion, often expressed with rationality and order on one side in contrast with conversation, feeling, and intuition on the other. In James Gilbert’s view,


Science and religion “are words suggesting two great and opposing philosophic systems—materialism and idealism—that, in a variety of forms, operate as polarities in American culture.” Historian James Gilbert

Head vs. heart? Materialism vs. idealism?  Are these dichotomies that we're facing right now? What would a true revival tell us about how we relate science and religion today?

In the end, this revival (if it is one) may not be so much a rejection of our culture's saturation in science and technology as about Kanye's fame.

Posted by My Reflections at 9:30 AM No comments:

I've been meditating on a quotation from C.S. Lewis as he struggled to come to terms with his budding interest in believing in God in Surprised By Joy. Lewis struggled with becoming a believer, finding himself restricted by the influence of a materialist culture around him. 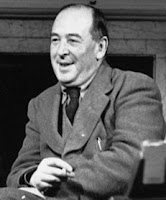 
Partly, this is a science-faith question. It's often where we're left when we take in the natural world that science describes in purely physical terms (which is what it's designed to do) and try to bring that together with our subjective experience, which so often includes non-physical concepts like love and beauty and meaning and, for most people, includes a search for God.

By the way, the quotation was brought to my attention by an Alister McGrath book I'm reviewing on Albert Einstein. McGrath brings together insights from a variety of Einstein's comment like "the eternal mystery of the world its comprehensibility." In other words, why should this world make sense if it is really is just facts and numbers? Einstein's understanding of religion was idiosyncratic, preferring to to hold to Baruch Spinoza's god of the mathematical equations and order in the universe, a deity that certainly didn't engage in human affairs and thus present individual lives' with answers to question of life's meaning. 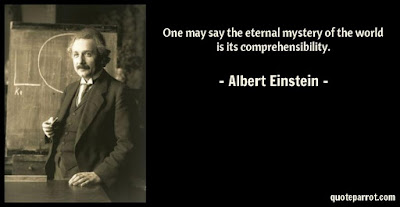 McGrath then considers the physicist and Anglican priest, John Polkinghorne, who also appreciates science's profound ability to discover the stunning interconnected complexity of the natural world:


"Theology can render this discovery intelligible, through its understanding that the Mind of the Creator is the source of the wonderful order of the world." John Polkinghorne

Does that bring bring together the mind's two hemispheres in a satisfying way? Lewis found his resolution through belief in God. And though not a scientist, he would probably have agreed.

Posted by My Reflections at 6:00 AM No comments: