Beauty is Why I Bring Science to Church

I've often mentioned my father, but it was my mother who gave me a particularly acute sense of beauty.

Beauty means seeing things as they really are, being stunned by the structure, proportion, and being drawn to learn more.

This is a profoundly important nexus for faith and science.

And sometimes scientists and theologians sound strikingly similar. I'll being with the brilliant writer, C.S. Lewis--which is always a good place to start. 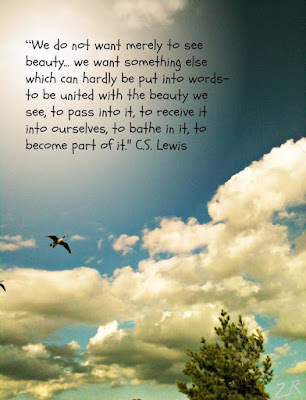 Consider next the words of Henri Poincaré, an early 20th century quantum theorists (whom I've quote before, but it's worth repeating):

As Christian, we know this:

The 18th century Puritan Jonathan Edwards is a model. In his late teens (1723), he sent a scientific reflection on the spider, in the form of a letter, most likely to the Honorable Paul Dudley, a member of the British Royal Society who contributed often to its Philosophical Transactions.

“Of all insects, no one is more wonderful than the spider.”

As I mentioned in the previous post, I found beauty in the banana slug; Edwards found beauty in “flying” spiders common to New England. His observations about nature lead him to nature’s God.

“For as God is infinitely the greatest being, so he is allowed to be infinitely the most beautiful and excellent: and all the beauty to be found throughout the whole creation is but the reflection of the diffused beams of that Being who hath an infinite fullness of brightness and glory.”

Because both faith and science find a source of inspiration in beauty. Beauty is why I bring science to church.

And that’s good for our souls.

Posted by My Reflections at 4:30 PM No comments:

The Beauty of the Banana Slug

“All that is, is sacred because all that is speaks of God’s redeeming love. Seas and winds, mountains and trees, sun, moon, and stars, and all the animals and people have become sacred windows offering us glimpses of God.” 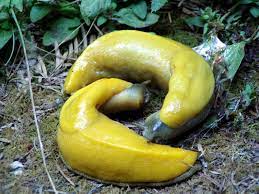 Sometime during these early years—I think it was sixth grade—I went on Outdoor Education. Growing up in the Bay Area, that meant we headed to the beautiful Santa Cruz Mountains and studied how creation worked. We’d stay at a camp for several days, many of which we hiked through the moist Redwood forests.

And do you know the animal I loved best? Banana slugs—those bright yellow—and thus the name “banana”—slimy slugs. They seemed to show up everywhere. (In fact, the banana slug is the mascot of University of California Santa Cruz.)

Those banana slugs fascinated me. Perfectly adapted for their  environment, they were beautiful in their own way.

I think a good deal of you are like me. If I asked you, "Where is one of the places where find God’s presence?" I’d bet most of you would say, Nature. That’s where you meet God our Creator.

As one of the top scientists in our country—and also a follower of Jesus—Francis Collins commented,

“I find that studying the natural world is an opportunity to observe the majesty, the elegance, the intricacy of God's creation”

Nature—that is, God’s creation—draws us by its beauty and thus to the God who is the Source of all beauty.

I discovered it early in the beauty of the banana slug.

Posted by My Reflections at 3:00 PM No comments: