Alister McGrath is a compelling writer on science and theology. While pursuing a Ph.D. in chemistry, he initially set out to bolster his atheism, but in the process, became a Christian instead. He then received a doctorate in theology and is now a major voice in that field and in the theology-science dialogue. His Surprised By Meaning, though a slim, unpretensious book, surprised me with its insights. Below are a few from chapters 4, 5, and 10.


Nevertheless, ultimately, human beings seek a deeper order, a deeper level of intelligibility. McGrath writes that science cannot satisfy this deeper search; it is a search that only belief in God satisfies.
When McGrath pursued a Ph.D. in chemistry, he wanted to support his atheism with the insights of natural science (something like the contemporary "New Atheists" do). Instead he discovered that his atheism was not well established intellectually. In that process, McGrath came to make a distinction between "scientism" as a totalizing worldview (my words) and legitimate scientific theory. That seems accurate by my lights. For example, what Richard Dawkins proposes as the conclusions of scientific study are actually metaphysical conclusions dressed up with scientific decoration.
McGrath also concludes that, contrary to Jacque Monod and Richard Dawkins, some notion of teleology emerges from study of evolutionary processes itself. I agree with McGrath’s point—that nature, even with its random events, ultimately points toward a goal, a telos. The claws of a crab point toward the goal of grabbing prey. Nonetheless, in my experience with scientists, the word “teleology” brings significant resistance, probably because of the way previous philosophies employed the term. Still that resistance has intrigued me because science, and even evolution, does move in certain directions. "Such teleology," McGrath writes, "is empirical, grounded in a posteriori discernment, not a priori imposition."
These are all good points, which merit discussion. So I'll just leave you with some questions from these chapters...
Posted by My Reflections at 7:56 PM No comments:

How Harold Camping Got Me on CNN

As I type this entry, the Rapture hasn't yet occurred, as Harold Camping predicted. But I'm not entirely unhappy with Camping. He was responsible for my shot on TV. This is a brief excerpt from my book, Creation and Last Things, in which I comment on how many times I've heard that Jesus was going to return in my life. (At that point, Camping was third on the list.)


In summer 1994, I received a call from New College, Berkeley. CNN had contacted this school of theology to request a commentator on a current end times scenario. And so, in just two hours, unprepared and therefore dressed in shorts and a cotton sweater, I found myself on camera, interviewed by a rather congenial Craig Heaps about the engineer and radio commentator, Harold Camping. From Camping’s Oakland “Family Radio” ministry headquarters, he predicted the strong possibility of the Second Coming of Christ in 1994. (I was at least heartened by Camping’s realization that our Gregorian calendar had a serious flaw. He believed that Jesus was born in 6 BC.) Heaps asked me, “What do you think is the danger of this type of speculation?” My answer: that it would distract us from the task of preaching of Gospel and bringing about the Kingdom of God on earth. And that remains my concern.
So thanks for the break, Harold Camping, but let's hope that today's (apparently) mistaken prediction doesn't distract us from what God really wants us to do.
Posted by My Reflections at 1:30 PM 1 comment: 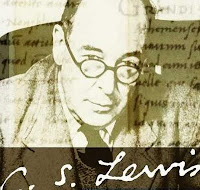 I’ve been wondering how to bring together three of my favorite subjects: C.S. Lewis, science, and theology. (Or, counted another way, it becomes two topics: Lewis with science and theology.) Recently, I came across Lewis’s essay—really an oral presentation to the Oxford Socratic Club—from 1944 in which St. Clive takes up the question: “Is theology poetry?” And he refines the question to become to whether theology is merely poetry (which it isn’t), and then analyzes the poetry of the “Scientific Outlook” presented by evolution (and especially H. G. Wells) as a philosophy of progress that gradually and painfully overcomes obstacles.
It’s a fascinating lecture—as Lewis is wont to create—not on science per se, or even evolutionary science, but on the use of evolution to create a worldview, one which challenges orthodox Christian accounts of the world.
And I want to lean on this point just for a moment. It is here—not as a field of study, but as an understanding of the world or sense-of-life, where science often intersects--or even collides with--theology. Many evolutionists see a mindless, “pitiless indifference” (to quote Richard Dawkins) against the entirely purposeful creation by the hand of God.
The reason Lewis rejected the “Scientific Outlook” was this: it asserts the truth and reasonableness of its claim without thereby providing a place for reason. Or as he put it:

If minds are wholly dependent on brains, and brains on biochemistry, and biochemistry (in the long run) on the meaningless flux of the atoms, I cannot understand how the thought of those minds should have any more significance than the sound of the wind in the trees.

The Scientific Outlook tries to fit in reason in an irrational—or maybe arational—world. Belief in a Creator God who endows humanity with reason makes entirely more sense. Lewis concludes that’s why he does not believe in the “Scientific Outlook,” but instead believes in Christianity, which includes reason and science.

I believe in Christianity as I believe that the sun has risen: not only because I see it, but because by it I see everything else.

I suppose that’s where St. Clive, science, and theology all come together for me and why I subscribe to both the affirmation of Christian theology and the insights of science, including those of evolution through natural selection.
How about you? What do you think?
Posted by My Reflections at 10:25 AM 5 comments: