Reflections on Studying Science and Religions in a Pluralistic World 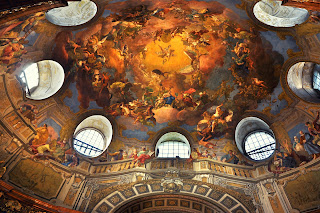 This is a mini excerpt from my upcoming book, Science and Religions in America: A New Look. Feel free to pre-order!

If there's a way I lean, it's toward a collaboration between science and religion.

Nevertheless, out of a commitment to honestly, I've also learned that there are some major differences between the two. I’ve mentioned in various places "New Atheists" scientists like Jerry Coyne and Richard Dawkins. They see a very deep chasm between religion and science, and they assert that they, as scientists, rely on experimentation and rationality, an approach that just doesn't connect with many people who fit into a religious mindset. At the same time, many influential religious voices in our country are not particularly supportive of modern science, like thought leaders of the conservative Christian movement, such as Jerry Falwell, Jr. or Franklin Graham, who yet command the attention of millions while standing against much of the consensus of science.

There is no one relationship of science and religions that could categorize and summarize all people.

In the search for collaboration, it would also be convenient to find a universal common thread of wisdom that all the greatest minds in science and religion seek. For my part, I'd like to fully concur with the philosopher and scholar of mystical thinking Ken Wilbur, who commented when on the founders of quantum mechanics, “they investigated the physical realm so intensely looking for answers, and when they didn’t find these answers, they became metaphysical.” Even more, he added, “These physicists became deep mystics not because of physics but because of the limitations of physics” (quoted in Steve Paulsen, Atoms and Eden: Conversations on Religion and Science.)

I am drawn to with what astrophysicist Marcelo Gleiser wrote,

Scientists should engage with the mystery of existence, inspired by a deep sense of awe and filled with humility. If science is seen this way, many more will be ready to embrace it as one of the highest expressions of the human spirit.

But frankly, I do struggle with how widespread this sentiment is. And I'll leave it there for this post...
What do you think? (Hint: there's also more in the final chapter of the book.)
Posted by My Reflections at 9:02 AM No comments: