When Will a New “St. Clive” Arise?

I write this post as this Month of St. Clive is set to close. In other words, Clive Staples Lewis, patron saint for many an intellectual doubter, was born and died in November (116 and 51 years ago, respectively). 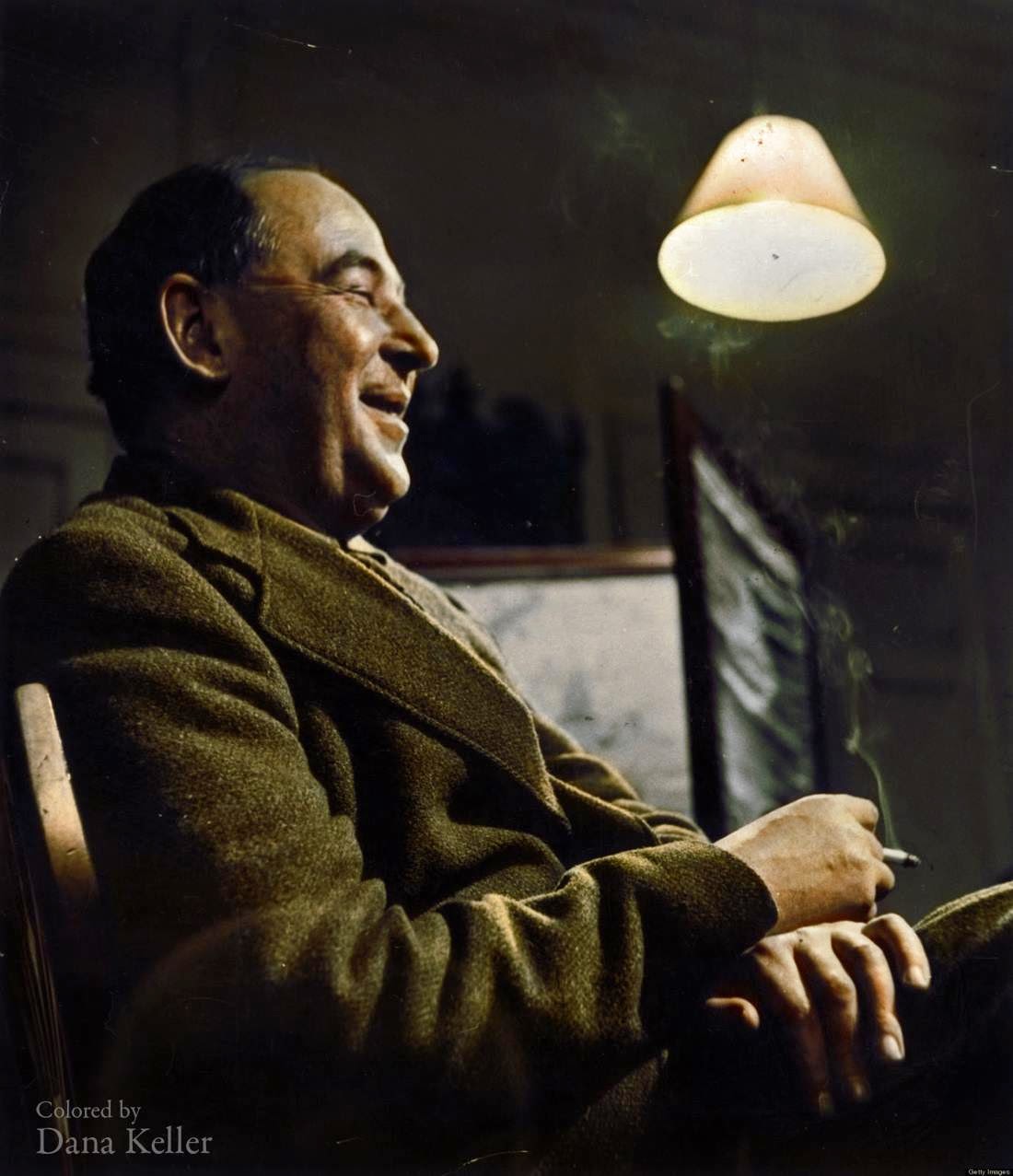 At a presentation about my research and subsequent book on Lewis—and I extolled the virtues of his wise and winsome writing and was asked,

Why is Lewis still the one that people cite? When will a new Lewis arise?

The answer didn’t take long to formulate and still seems reasonably clear to me: That new St. Clive will have to have the intellectual goods, will have to care to translate his insights effectively, and will have to engage the imagination through story.
First of all, a new Lewis will need to be brilliant—that’s the opening bid. He has to possess raw cerebral skills and cultural training. One of Lewis’s academic degrees at Oxford was Greats (or Literae Humaniores), the study of the best, the “greatest” of ancient philosophy and ancient history. As the Oxford scholar Alsadair McGrath points out, this program was the jewel in the crown of Oxford’s curriculum in the early 20th century, intended for its brightest lights to learn from the past as England sought to guide itself into the unknowns of a transitory century.
Second, Lewis cared to communicate; he was a brilliant translator, which immediately presents a question of why. Why not simply stay in the fields of the academy instead of trying to write for a broader audience? I once asked well-known commentator on Lewis and founding member of the New York C. S. Lewis Society, Jim Como, about the reasons this brilliant academic didn’t just stay in the safe cocoon of Oxford University. He replied quite simply (and I paraphrase): “Because no one else was doing it, and Lewis saw it as his Christian duty.” Lewis stated this quite simply in his introduction to Mere Christianity:

Ever since I became a Christian I have thought that the best, perhaps the only, service I could do for my unbelieving neighbors was to explain and defend the belief that has been common to nearly all Christians at all times.

This question hung around in my mind, and as I reflected further on this puzzle, I discerned another reason: Lewis simply believed that Christianity was true, and he was convinced that truth was worth arguing for.
(By the way, he pined for others in this guide of sorts. As he wrote with palapable frustration:

People praise me as a ‘translator,’ but what I want is to be the founder of a school of ‘translation.’ I am nearly forty-seven. Where are my successors? Anyone can learn to do it if they wish...I feel I’m talking rather like a tutor – forgive me. But it is just a technique and I’m desperately anxious to see it widely learned.

Without others alongside, and sensing this critical need, he took up the task of translation and became the best-known Christian apologist of the twentieth century.)
Third, Lewis engaged the imagination. The most enduring feature of Lewis’s legacy—and indeed that of his close friend, J.R.R. Tolkien—remains beautiful, enchanting narratives. As Lewis is put it, his imagination was “baptized” by reading George MacDonald long before he confessed faith in God or specifically in Christ. He sought to do the same.
Or put another way, if Time magazine was right to call him, not too many years ago, today’s “hottest theologian,” what else does Lewis say to us today? Lewis would tell us to engage the imagination, not simply our reasoning. St. Clive was more than willing to use fiction to present the truths of Christian life. (And, let it be said, this imagination produced the legendary Chronicles of Narnia fantasy series, which has sold about 120 million copies to date.) Here’s then a central feature of his acts of imagination: if we imagine that that God exists, what would the world look like? Or as he wrote in a 1962 letter,

Suppose there were a Narnian world and it, like ours, needed redemption. What kind of incarnation and Passion might Christ be supposed to undergo there?

That's what Lewis is fiction and even just analogies he peppered throughout his writings did. If anything, this is what cognitive science tells us—we hardly ever rationally reflect without also simultaneously feeling. And culturally, this is particularly important. Consider this: What are the factors today that have influence in our country? What I see are grand stories that we read in novels and watch in movies. (Indeed superheroes will be with us forever.)


Will new St. Clives arise? They’ll have to have the intellectual goods, an acumen for translation, and a fecund imagination. And what would Lewis say today? With fourth Chronicles of Narnia in production, maybe St. Clive is still speaking. But it would be great if he were joined by other voices.
Posted by My Reflections at 3:57 PM 2 comments: