I'm working on a chapter from a proposed new book, Worshipping God in an Age of Science, and I'm compelled by two different quotes, with two antithetical views of nature--one as simply a physical system and the other as God's creation.

First from Harvard astronomer Margaret Geller, who believes that it is pointless to mention purpose in nature, which is another way of describing that there was a Creator who created this world for a reason:


Why should [the universe] have a point? What point? It’s just a physical system, what point is there?

(Certainly, not all scientists express similar nihilism about creation. I remember a graduate seminar on genetics and ethics with the Berkeley biochemist David Cole. He showed us pictures of polymers and exclaimed—“Aren’t these beautiful! Look at the wonder of God’s creation!” I had never thought of polymers that way... I actually had really ever paid much attention to them at all.) 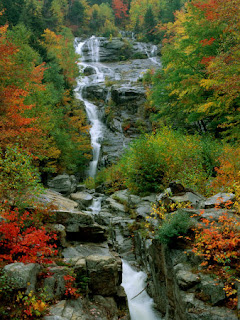 Second, William Shakespeare who, during the great flowering of modern science in the seventeenth century, found insights from the Book of Nature. It evokes, pays homage to, its Creator.


And this our life,

Books in the running brook,

And good in everything.

Science, as the study of the interworkings of the natural world, will never carry us directly to seeing nature as creation. But it doesn't necessary draw us away either. What do you think makes the difference?
Posted by My Reflections at 10:01 AM 5 comments: