Review of "Negotiating Science and Religion" 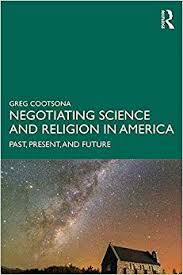 Dan Barnett reviewed by book, Negotiating Science and Religion in America. Here's an excerpt (and you can go here for the full review.)

"In 1966 physicist Ian Barbour, who graduated from Yale Divinity School, proposed four ways science and religion meet each other. Yes, there has been conflict between the two, but also they’ve been seen as independent knowledge systems. At times they have been in dialogue with each other. And there is also the possibility of 'integration.'

Cootsona writes that such a model no longer fits what is happening among emerging adults. Religion has morphed into 'spirituality' (many who report no religious affiliation — the 'nones' — consider themselves spiritual) and emerging adults are creating 'interactive networks' through technology that draw beliefs from many traditions in an increasingly pluralist context. Religion is not one thing and neither is science. There is 'negotiation' on the personal level.


This collaboration shows itself in many of the vexing issues young adults must deal with as they become tomorrow’s leaders. Genetic manipulation ushers in the 'specter of eugenics'; there is climate change, sexuality, artificial intelligence, transhumanism, the nature of race.

In these challenges Cootsona, in his ground-breaking and optimistic work, discerns a 'unique American vitality' found in the interplay of the sciences and religions."
Posted by My Reflections at 3:09 PM No comments:

Email ThisBlogThis!Share to TwitterShare to FacebookShare to Pinterest
Labels: religion and science

The Climate Is Changing 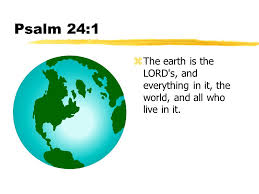 When I put together a list of the most important topics in religion and science in my recent book, in the changing climate of what's being discussed (if you can excuse a pun), one topic certainly received the #1 vote by a wide variety of people: Global climate change. To some this may seem unusual in the science and religion dialogue. In fact, the younger the respondent, the more critical this topic becomes. The climate is indeed changing, and this topic is trending.

There are numerous ways to approach the topic, and in this brief post, I've decided look at the topic as a follower of Jesus within a multi-religious context. (In fact, I'm addressing the topic of religious views on sustainability at the upcoming Chico State conference in March.) And so I start by saying that, as a Christian, I'm engaged in this topic because of our calling in Christ. Psalm 24 reminds us that the earth is God's, which implies that we need to care for it, just as Genesis 1:26-28 complements this affirmation with God's command to steward the earth. Eugene Peterson paraphrases that latter passage so beautifully,

“God spoke: ‘Let us make human beings in our image, make them reflecting our nature./ So they can be responsible for the fish in the sea, the birds in the air, the cattle./ And, yes, Earth itself, and every animal that moves on the face of Earth.’”
Genesis 1, The Message

#1 Climate Change
Throughout the year, I spend many hours and days at conferences and meetings in the field of science and religion, and I can affirm that what Philip Clayton has written is largely accurate that there is near


“... universal agreement among scientists that humans are causing the climate of our planet to change; and there are clear teachings within every major religious tradition, from indigenous lifeways to New Age spiritualities, that the earth is to be protected and valued.” Philip Clayton

Indeed human-caused, or anthropogenic, climate change represents a topic that increasingly comes to mind in science and religion discussions, and the consensus among scientists is overwhelmingly that climate change really exists and that we human beings have caused it.

As a result, the often staid and reserved leader in science--and the largest scientific organization in the world--the American Association for the Advancement of Science (AAAS) has moved beyond its usual roles into more public advocacy and communication. In 2018 it launched “How We Respond,” a communication initiative to highlight how communities are actively and effectively responding to climate change at local, state and regional levels, and to demonstrate the critical role of science and scientists in informing these activities.”  In addition, AAAS through their Dialogue on Science, Ethics, and Religion (DoSER) put together a fascinating discussion on climate change with climate scientist Katharine Hayhoe and Episcopal Bishop Katharine Jefferts Schori.

As I said, I'll keep this post multi-religious with more to come, but I do not that, as Christians, this broader base allows us to connect with non-Christians in order to make a difference. As I've mentioned, the three monotheistic religions of Judaism, Christianity, and Islam prioritize their call to stewardship. Eastern religions also have their own contributions. Buddhism, for example, emphasizes compassion and the interconnection of all life. Hindus and Jains describe a soul in all things, and the latter’s accent on ahimsa can contribute a deep reverence for all life.

Is there a way that we might join with others and take up this call? I certainly hope so. More to come in future posts...
Posted by My Reflections at 8:32 AM No comments:

Sexy Science? A Finalist for Key Topics in Science and Religion

Appropriately enough, this post arrives just the day before Valentine's Day. Science does in fact weigh in on what lies behind romance, and right off the bat, here's a timely article, "The Science of Love and Attachment."

The science of sexuality is also the second-to-last on my Top Eleven List of Topics in Science and Religion (adapted, by the way, from my book Negotiating Science and Religion in America) as I look at themes that are trending and that I plan to address in future posts.

#10. Science of Sexuality
At a conference a few years back on religion and science, I heard a colleague's work in which he analyzed the insights of science on our sexuality. He entitled it, "Sexy Science."

That's not a bad title, and probably beneficial for future book sales (should his work become a book). Most important, it's not entirely off-base. Although we used to think science wasn’t that sexy, that’s changed. In fact, one of the unexpected results that arose in my qualitative interviews with emerging adults (18-30 year olds) is their conviction that sexuality, gender, and sexual attraction are clearly part of what science and religion need to consider.

In one of my hour-long interviews with an undergraduates on her views, Terry, who grew up Catholic, told me she had moved away from her family's religion because it didn't take in contemporary science. (You can read more about these interviews and the related surveys on religion and science with 18-30 year olds here.)

And Terry put her own "done-ness" with Christianity quite bluntly:

Sexual orientation "is proven in science that you don’t choose to be gay. Denying that makes you look ignorant.” Terry, 19 year old undergraduate

And this was not a stand-alone. But it was a surprise. In fact, one of the unexpected reactions to these interviews with twenty-somethings was that when I mentioned "religion and science," the response "sex" emerge frequently, probably as much as any other expected topic, like evolution, and certainly more than others I've discussed over years like, quantum cosmology and how the methods of science and theology interrelate. Put another way, topics previously considered secondary have become primary. And yet the themes of sexuality and gender, and particularly their relationship to science and religion, have not made it into textbook-length treatments of core issues in standard textbooks, because, most likely, these sources move more gradually.

I move to two conclusions.

My first conclusion is an observation: sex is a trending topic of science and religion because the importance is self-evident for emerging adults (18-30 years old). And we have to take in that fact. At the same time--and I've written a bit more about this elsewhere--I'm convinced that science should not entirely define this subject--or really, set of subjects that I'll put under "sexuality and gender"--like many other ethical or values topics. Good science should certainly inform, but not dictate, our ethics. And, I'll simply note here that bundled with sexual orientation is certainly gender identity and sexual ethics, topics that religions have certainly talked about and expressed their opinions.

My second conclusion is a set of questions: Are religious communities that reject gay and lesbian members or participants bigoted and scientifically ignorant? Will this tying of sex, science, and religion together make churches more resistant to engage for fear of controversy? What is the proper way to bring together science with biblical and theological convictions? And if we analyze why we are attracted to our valentine, does that steal away all the fun?

It is indeed a brave new world, but I believe we have already entered it, and we need to take in that reality.

And one final note: That's the second to the last of my Top Eleven, briefly noted, and I’m confident that you’ll have much more to add on this particular topic!
Posted by My Reflections at 10:30 AM No comments:

Email ThisBlogThis!Share to TwitterShare to FacebookShare to Pinterest
Labels: religion and science, sexuality 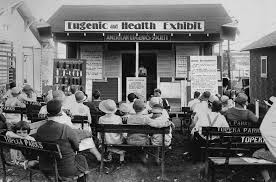 Posted by My Reflections at 9:11 AM No comments: