Science and Religions (in the Plural)

This passage comes from a manuscript I'm writing on the present state of, and future directions for, science and religion in the United States. A few ideas about the present...

I often look at the relationship of mainstream science to Christianity--which is an entirely worthy endeavor since the U.S. is still predominantly Christian. When I step back, however, as an academic who studies religion and science more broadly, one of the obvious changes in the twentieth century is that science and religion has become pluralized so that we should talk about science and religions. This might sound like a truism today in a way it did not half a century ago because, in the popular consciousness, religious diversity was beginning to bloom. We can note that in 1963, Martin Luther King, Jr. could speak in his “I Have a Dream” speech of “all God’s children, black men and white men, Jews and Gentiles, Protestants and Catholics” as a summary of religious diversity. Despite the profundity of MLK’s vision, this strikes a sensitive reader of American religious life as quaint. We are far more than Protestants and Catholics, Jews and Gentiles. We are more pluralized and secularized. And, as I have presented in other places, religiously the United States has far more digital Spotify mixes than a LPs. 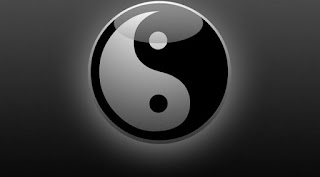 
“We will consider religion in the West, primarily various forms of Christianity—and not, except incidentally, the religions of Asia."

(What about, for example, Judaism in the U.S., where almost half of all Jews live, or for that matter, the increasing presence of eastern religion?)
Consider two important voices that emerged in the decade just after Barbour's book, that is to say, a little over forty years ago. Fritjof Capra in Tao of Physics, first published in 1975, argued that perfect harmony found in the complementarity of particle and wave, mind and matter, and thus there intrinsic unity had striking similarities to eastern mysticism. And the accent falls on mysticism. Capra ties this insight to an a mystical vision in the early 70s on an unnamed beach, “watching the waves rolling in and feeling the rhythm of my breathing, when I suddenly became aware of my whole environment as being engaged in a gigantic cosmic dance." It should not have suprised me to read his descriptions of eastern religious traditions or philosophies (depending on how these are viewed) and be struck by how he shepherds the contents of five chapters on "The Way of Eastern Mysticism"—Hinduism, Buddhism, Chinese Thought, Taoism, and Zen—toward a common goal, namely, his project. Even “mysticism” in the section title offers a glimpse of where he‘s headed.
Besides Capra, a couple decades later brought Amit Goswami Self-Aware Universe from 1995 and its work at the unification of all of physics (four fundamental forces) as part of Hinduism's Atman (or the single source of all). Both Goswami and Capra looked toward an Eastern view of religious life. And this emergence was predicated on the weirdness of quantum physics where things are both something and not something—an electron can be both a wave and a particle, but not both at the same time.  As Nobel laureate physcist Frank Wilczek commented in The Lightness of Being (2008),

I find this fascinating, and as a Christian speaking about the relationship of science and the faith I profess, this makes it complex and challenge to be heard among the babel of other religious voices.

My goal is to have a post every Monday, and since I’ve been traveling this weekend to talk about the book (look right), I figured I’d do a progressive post: Start now and build as the week unfolds. 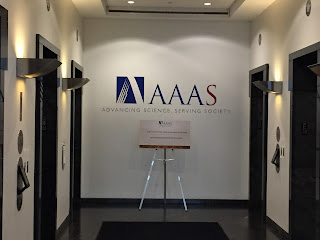 About a week ago, I was at the DC offices of the largest scientific organization in the world, the American Association for the Advancement of Science, specifically participating in an advisory board for “Engaging Scientists” as part of the Dialogue on Science, Ethics, and Religion or DoSER. The project seeks to assist scientists in communicating beyond the scientific community, and I was specifically there to offer ideas about how science in communities of faith.

A couple of brief observations…
Made me realize once again that this "bringing science to church" work is necessary and not entirely self-evident.

Email ThisBlogThis!Share to TwitterShare to FacebookShare to Pinterest
Labels: faith and science


Check the code to the right for 40% off

A drop in religious affiliation and a rise in Internet use seem to be correlated. Why might this be the case? Philosopher Daniel Dennett has surmised that the Internet disrupts religion’s hegemony over the information its adherents receive.


“Religious institutions, since their founding millennia ago, have managed to keep secrets and to control what their flocks knew about the world, about other religions and about the inner workings of their own religion with relative ease. Today it is next to impossible.” Daniel Dennett (behind paywall)

But that strikes me as somewhat simplistic. Studies also find a strong correlation between empathy and religious belief—that is, believers tend to show higher levels of empathy. Can God make himself known to people despite their technological distractions and decreased empathy? Naturally. At the same time, some studies suggest that the use of technology reduces empathy, and since emerging adults are digital natives and use technology throughout the day, this is a particularly pertinent issue. I’ve been persuaded that we grow in the virtues through practice, and the virtue of empathy is something we must cultivate. Conversely, interacting virtually and not in real relationships numbs our empathy. One can note the division at Facebook specifically created to mitigate against cyberbullying by its one billion plus users. I can affirm that the comments to my blogs can be highly negative—and almost never informed by what I wrote—to a degree that never happens in my public speaking.

In other words, if using technology decreases our empathy, and empathy is correlated with faith, maybe technology decreases our capacity for spiritual life. We need more studies on this, but I can report anecdotally that the college students I teach and the emerging adults that have been part of my ministries seem increasingly anxious, even twitchy. They’re less present to one another and therefore diminished in their ability to care. There seem to be correlations between screens and these behaviors, and while I certainly have my intuitions, more scientific data would be helpful. There’s also the simple issue of how we steward our time: If we play hours of Grand Theft Auto, there’s less time to go to worship services, undertake Bible studies, and take part in service projects.
Posted by My Reflections at 5:39 AM 2 comments:

The New Book is Out and that Elicited Some Reflections

Mere Science and Christian Faith, now available.
Check the code to the right for 40% off

These are a few first meditations on the process of writing and publishing.

A week or so ago, Mere Science and Christian Faith arrive at my house. Holding a book that’s published in my own hands is uniquely moving. As I re-read the book through for the first time, I thought, “Those are some hard fought words.” I remember many weeks through last summer, aching over the right synonym, wondering about the construction of my argument on the historical Adam and Eve.

What did I do differently in this book?
Because I knew I’d be engaging an evangelical audience, I worked to integrate Scripture throughout the manuscript. I also kept thinking of those who care about the Gospel and how powerfully it can speak to our contemporary world, which is saturated in science and technology. I wanted to connect with thoughtful evangelicals—like those at the seminary on which I’m adjunct faculty, Fuller. I wanted, as clearly as possible, to create points of connection between the contemporary world and the Bible.

In the process—and in the ensuring years since C. S. Lewis and the Crisis of a Christian, I’ve been reflecting on style, and in the process a smaller, stylistic point for Mere Science was that I spent enormous effect on transitions. Why? Because frankly my style tends to be jumpy—i.e., I jump from one insight to the next. I know what’s in my head, but does the reader?

As the expert writer C. S. Lewis put so well:

“The reader, we must remember, does not start by knowing what we mean. If our words are ambiguous, our meaning will escape him. I sometimes think that writing is like driving sheep down a road. If there is any gate open to the left or the right the reader will most certainly go into it.”