God’s call is about how we are going to bless others. I realized this when I read the call of Abram in Genesis 12. Abram, who later became “Abraham,” heard God declare this: 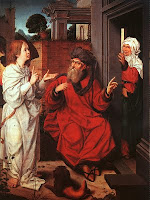 I will make you into a great nation and I will bless you;

I will make your name great, and you will be a blessing.

The problem for us is that we, or at least I, think that when God calls, something really big is going to happen… for me. But God calls us in order to bless—to improve the life of—not me, but those around me.

Rick Warren, who sold about 40 million of The Purpose-Driven Life, thankfully has some good things to say. He writes in his characteristic direct fashion:


God shaped you for service, not for self-centeredness.


Rick Warren means in this that our S H A P E (Our spiritual gifts, heart/passion, aptitudes, personality, and experience) are unique to us, they are something that God has formed in us, and they are for the benefit of others.

When Abraham heard God’s calling and found what God had shaped him to do, it ultimately meant service and blessing for others. That's something worth hearing.
Posted by My Reflections at 8:00 AM 2 comments:

The Difficulty of Writing in the Vernacular, Henri Nouwen, Amazon.com comments, & Say Yes to No

This entry is a bit of a miscellany (as you can tell from the title)....

I've been pondering an Amazon.com comment on Say Yes to No, primarily because I wrote the book as a way to connect with those outside the church. It appears that, at least for one reader, I failed. Listen to what Christy Pinhero offered:


The review is only two stars because, in it's [sic] description, this book is portrayed more as a book that will help you arrange your priorities. We are told that the author was a pastor, but nothing more. The publisher should have been more honest and revealed that this is Christian non-fiction. God is mentioned on every page, every story has a moral message. While I don't think this is necessarily a problem, I DO think that someone who is looking for something like, "The Seven Habits of Highly Effective People" is going to be sorely disappointed. I was really expecting this to be a non-fiction book on time management, but this book has a clear religious bent that would render it unreadable to many.


Mainly, I want to take in the difficulty of writing for those outside the church, or in the vernacular of everyday culture. I simply attempted to talk about work life balance and time management as a Christian without assuming my reader was spiritually identified. (I would note that Stephen Covey, whom she presents as a contrast and who wrote "Seven Habits," is Mormon.) There honestly aren't references to God on "every page" (as she asserts) of Say Yes to No--she admits to reading just the first three chapters--but still there are too many for her. And that only underlines the challenge.

I've also been pondering it because I'm teaching tonight on the great 20th century spiritual writer Henri Nouwen and the amazing accessibility of his writing. Nouwen once wrote a book for his secular friend, Fred. When the book was completed, Fred declared the book a failure, at least from the perspective of reaching those outside the church. Life of the Beloved left open some fundamental questions, Fred said, such as


I suppose the consolation is that, if someone of the stature of Henri Nouwen had difficulty, writing from a Christian commitment to those who don't share it, is in fact difficult. I do note, however, that others who commented on Amazon.com did not share this conclusion.

What do you think? Is it possible for someone with strong convictions--in my case religious ones--to speak to those who don't share them? How do you do it?

Posted by My Reflections at 10:47 AM No comments:

Email ThisBlogThis!Share to TwitterShare to FacebookShare to Pinterest
Labels: Amazon.com, Henri Nouwen, say yes to no

The Kind that God Uses (and a Bit about Reformed Theology) 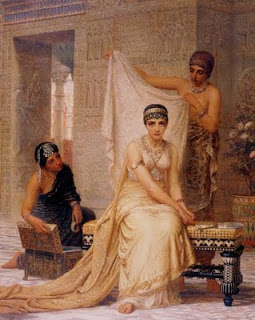 In order to keep continuity between the morning worship services (targeted to all ages) and the evening service, the 545 (especially for college students and 20somethings), Bidwell Presbyterian Church uses the same text throughout the day, but not usually the same preacher. As a result, we're taking on the book of Esther this Sunday (September 20th).

To be honest, it's not a story I'm entirely ready to addresss. The book of Esther strikes me as two parts exciting, one part weird, and three parts confusing. The primary plot is that Xerxes the powerful Persian (which we would now call Iranian) king is unhappy with his wife, Vashti. So, being despot and all, he choses another to join his harem, based on her astounding beauty. Enter Esther. The unknown quality about Esther is that she's Jewish--which was not a good thing in that day, around 500 BC. When another court official, Haman, gets into a tirade about the Jews and wants to annihilate them, including an adversary in the royal court, Mordecai, Esther takes action. She parades her hot-ness and finds favor with the king. The result? The Jews--all the Jews in the Persian Empire--are saved.

Did that retelling make sense? (And for those Esther scholars, did I miss anything?) The issue for me is that imbedded in all this is the rank use of power by Esther and Mordecai (the "good guys"), not to mention to Xerxes and Haman. Sexuality used to manipulate and some brutal killing find their way into these 10 chapters in Esther. From a moral point, of view, everything is frankly more than pretty gray.

So what do I do with this and what does Reformed Theology (the kind that I subscribe to) have to say? Well, I return to that amazing teaching of providence--that God will use even really mixed motives to accomplish what he wants. Providence put another way is dual causation--that we can describe any event from below (what did the natural or human actors do) and from above (how is God involved in this).

It's a little disturbing, at least if you're given over to pristine characters. But it does answer the question of what kind of person does God use? Yes. God can use just about anyone.
Posted by My Reflections at 5:29 PM 2 comments:

Yes and the Difficulty of Writing Well 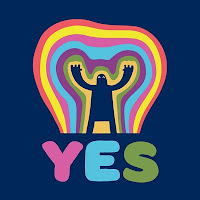 I'm doing some work right now on the next book, the one to follow Say Yes to No. What's my theme? Yes. (How obvious was that?) It seems to me that when we learn the right yeses, we discover a life of beauty, excellence, and joy. (I'm not even going to mention here what happens when we get those yeses wrong.)
Why? I've discovered that, when I discussed the power of no with various readers, many would ask me, "Greg, I think I understand about no. What about saying yes?" So I began to ponder the other side of the ledger as it were, the yes that's surrounded by strategic nos. The next book answers that question with three yeses in three areas: personal life, work, and relationships. (That's a total of nine yeses.)
But here's the thing that struck me right between the eyes: When I say "yes" to writing, writing doesn't always nicely say "yes" back to me. I wish I could say that fairies whispered the right words in my ears as I joyfully typed on my PowerBook. I wish I could say that each sentence emerges full-formed and beautiful from my fingers.
But I'm not gonna lie. It doesn't happen that way. On any number of days, composing the next book can be tough going, slogging through mud on the way to my destination. I sometimes find comfort in remembering that Flaubert would work a whole day on one sentence. I just hope at some point, after all the detours, sore feet, and breaks along the way, I find I've created something beautiful, or at least as beautiful as I can create.
Posted by My Reflections at 2:44 PM 2 comments: