The Buddha: Enlightened or Awakened?

I'm reading a fabulous book by Evan Thompson on Buddhism, and particularly its relationship with science, Why I am Not a Buddhist. 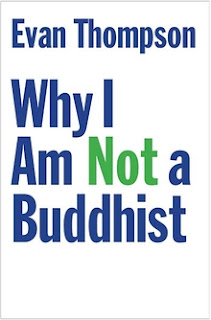 Here's one tidbit.
Thompson is a philosopher who's spent considerable time in Buddhist communities, including conversations with the Dalai Lama. Even if not himself a Buddhist (as the title clearly states), he considers himself "a good friend to Buddhism."
On to an historical note... Max Müller, in the 19th century, shifted the  translation of "the Buddha," from "Awakened One" (which is closest to the Sanskrit verbal root, budh, meaning "to awaken") to "Enlightened One." That shift is significant. Thompson states that it provided a way to make the Buddha's life fit with ideas of enlightenment swirling around in Europe at the time.
The problem for us (especially those who don't speak Sanskrit) is that when we think about "enlightenment," Immanuel Kant and the Age of Enlightenment come to mind. It was Kant who declared that we must throw off our "self-imposed tutelage," and thus (to put it in contemporary slang) "find our true self."
But the Buddha found that there was no self, and that realization is the basis of achieving nirvana... that was his awakening. The problem then, especially when we contemplate forms of science, is how Buddhist meditation and its awakening connects with neuroscience.
Enough to ponder for this post... 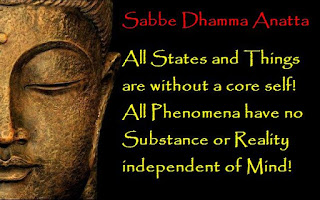 Posted by My Reflections at 4:10 PM No comments:

"After Trump" by Don Heinz

I just read the book, After Trump: Achieving a New Social Gospel, penned by my colleague and friend, Don Heinz.
Here are few comments adapted from my endorsement on Amazon.

Packed with insight and perfectly timed, Heinz imagines a world “after Trump” in which Christians formulate—and more importantly, embody—a new social gospel for the 21st century. This book will certainly appeal to those who yearn for a movement “that would redeem American Christianity in the time after Trump.”
How can this happen? Heinz argues that, by taking seriously God’s liberating love—the love that freed the Israelite captives and took them out of Egypt, the love that is incarnate in Jesus and his ministry of transformation, a new movement can find its inspiration.
As a student of American religion—particularly where it’s headed with the increase of the not-religiously-affiliating, or the "Nones"—I appreciate how Heinz roots these reflections in American soil. A few favorite examples: his insights about Robert Bellah’s “civil religion” and Jonathan Winthrop’s “city set on a hill,” as well Charles Taylor’s Secular Age (and why we can’t take recourse in a simple slogan of “science vs. religion”).
All in all, Heinz does not argue for a new “Christian” political party, but a new movement of the social gospel, learning from, but not restricted to, Walter Rauschenbusch et al.’s famous early 20th century formulation.
In sum, as Heinz puts it, this book is “an invitation and a manifesto.”

Will this movement happen?

It’s now time to see, but one can pray for a more just, socially engaged, and faithful nation. And I suppose Heinz might add that it depends on those of us who call ourselves followers of Christ to decide what we will do. After Trump.

Posted by My Reflections at 4:09 PM No comments:

My Conversation with John Lennox about St. Clive

Today, I interviewed Doctor John Lennox, Oxford University mathematician and Christian apologist. He’s authored several books, such as Can Science Explain Everything? and most recently, 2084 Artificial Intelligence and the Future of Humanity. The upcoming film Against the Tide features Doctor Lennox’s thought.

This is one part of our conversation I really enjoyed, which I start in medias res...

... a professor of Latin and Greek introduced me to the classical world, and so the humanities are as important to me as the natural sciences. Being a linguist fits with mathematics because it's a specialized language, and therefore the idea of clear explanation is very important.

C. S. Lewis once said, as you probably know, if a person cannot explain what they believe with words that people can understand either they don't believe it, or they don't understand it.

I'm constantly looking for ways or stories that aren't arbitrary, but enable us to get a grasp difficult concepts. Lewis was a genius.

Lewis is the greatest at this that I know of.

He had so many great images, and I was think you might be referring to the essay that lecture he gave to Anglican youth pastors, where he said there should be an exam for every ordination where you must translate things right into the common language.

And oh boy, we could really get lost in Lewis. I loved in the Oxford Socratic Club, his response to Doctor Pittenger, where he says, I have always wanted to speak for the people, right? And that means that I'm going to have to round off some edges, which is hard for academics.

I've given different presentations where I've talked to academics and said we need to learn from Lewis. Because we need to communicate, if we have great ideas, especially as people of Christian faith. But we have to realize there's going to be a loss because it's not going to sound as precise. Academics also like to hide sometimes behind their language.

I fear they do. They do indeed.

You have a boldness about you, which I think is really compelling.

A thought can be both clear and deep, and sometimes people have the impression that unless they use virtually unintelligible high flow language.

They're not really coming across as intellectuals, and a lot of it is human pride. Of course, yes, Lewis wanted to speak clearly and to articulate profound ideas at levels that people could grasp. Part of them and that really is a goal.

And he's a model for for me in that way.

Posted by My Reflections at 4:01 PM No comments: