Here's and excerpt of something I just wrote for The Thoughtful Christian blog...

There are two things I’ve been doing the past few years. First of all, I’ve been reading a lot by C. S. Lewis (1898-1963), especially his take on scientific materialism, human suffering, the nature of Jesus, and the Bible. The primary reason for this is writing, and recently finishing, my new book C. S. Lewis and the Crisis of a Christian. Besides that, November 22, 2013 marked the fiftieth anniversary of Lewis’s death—and on that day, a memorial was dedicated in his honor in the Poet’s Corner at Westminster Abbey, where he joined Shakespeare, Wordsworth, and the like. This honor for a scholar of the Middle Ages and Renaissance literature who dubbed himself a “dinosaur” and yet whose books still sell millions of copies, whose children’s fiction, The Chronicles of Narnia, has its fourth feature film in process, and who was dubbed today’s “hottest theologian” just a few years ago by Time.
I’ve also been wrapping up a project, Scientists in Congregations, which funded congregations to develop programs that engage science. These churches and their seventeen thousand members ran the gamut along the theological spectrum, but all find scientific insights fascinating, powerful, and important for faith.
Can these two projects could speak to one another. More specifically, can Lewis’s words offer insight for Christians living in a world saturated by science?
- See more at: http://blog.thethoughtfulchristian.com/2014/07/c-s-lewis-scripture-and-science.html#sthash.nMlGoHxd.dpuf
Posted by My Reflections at 5:41 AM No comments:

Jesus and TED: A Musing…

Who is Jesus, and what has he done for us and our world? These are questions I’ve been

pondering this summer. What does he mean for us as 21st century believers who live in a technological and scientific age? I mean, especially about salvation. If there’s anything I’ve learned by watching and listening to TED (Technology, Entertainment, and Design) talks—which is one of my favorite past times—is that these erudite, hype, and compelling TED speakers preach that salvation comes through technology. I even heard a TED talk employ the theologically tinged phrase, “resurrection biology,” to describe a process in which DNA from extinct species (like carrier pigeons) could be manipulated and placed into similar living species to bring this extinct bird species “bring them back to life.” If that’s true—and a host of other problems technology will fix—then who needs Jesus’s resurrection? And do we even know if he’s planning to bring back birds from their graves?
Posted by My Reflections at 8:06 AM 2 comments:

Darwin, Adam, and the Fall: My Contribution to the Historical Adam Debate

The third grade Sunday School teacher is stumped as his student distills the problem Charles Darwin laid at our feet: “Who came first, Adam or the dinosaurs?” 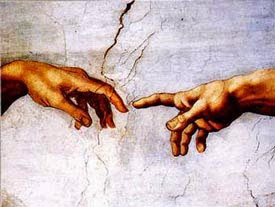 Neo-Darwinian evolution raises the question of how the narratives of archaeology and the Bible interrelate, if at all. And for the purposes of this post, it poses the question of whether Adam was a single, historical human being or not. And if not—if Adam was not uniquely fashioned by the Creator’s hand—what then do we make of his fall from grace?
And we know that this question is not confined to third graders. Many of us saw the recent news from BryanCollege in Dayton, Tennessee about the statement of belief for faculty. It includes explicit affirmation that Adam and Eve “are historical persons created by God in a special formative act, and not from previously existing life-forms,” http://www.nytimes.com/2014/05/21/education/christian-college-faces-uproar-after-bolstering-its-view-on-evolution.html.
This, and much more in the news, certainly makes this question of Adam—and Eve—pertinent. Were they historical?
There are two poles on a spectrum of Christian responses for relating Adam and Eve to the theory of evolution. On the one hand, there is the approach of the literal Adam: Although many do not hold to this view, I want to make room for this perspective. It has an entirely respectable history, and many thoughtful Christians today hold this view. I hope not to forfeit their good will if I, in the end, offer differing conclusions. We cannot completely discount the possibility that God specially created the literal Adam and Eve. God can do unusual acts. In this view, Genesis 1 and 2 present an historical description of the first human beings. God specially created the first human beings, Adam and Eve. They initially lived in perfect relationship with God and their environment. By an abuse of free will—eating the fruit of the tree of the knowledge of good and evil—they severed these relationships. Human beings lives under the curse of their sin but can be redeemed through the obedience of one “new Adam,” Jesus Christ. Though even earlier theological heavy weights like Augustine and Origen represented contrasting interpretations, this view has garnered strong support over the centuries. It offers a relatively straightforward reading of Genesis 1-3, and makes sense of God’s making creation originally “good,” and then falling to its current state. It also offers a space-time fall from grace, and the response of a space-time redemption in Jesus Christ.
To be honest, it also has considerable difficulties: for example, the word adam is simply a generic name for “the human being.” The texts themselves slide between adam as a generic “human being” (Genesis 1:26; 4:25) and as “the adam” (1:27; 2:7-8, 15-16, 18-23, 25; 3:8-9, 12, 20, 22, 24). Theologically and ethically, it’s also hard for many to understand that by this one man’s sin, all subsequent human beings are cursed to death and separation from God. It is difficult to reconcile with the macroevolution of human beings from earlier life forms, especially the recent discovery that the smallest grouping of early humanoids was about 1500. For this and other reasons, it is an uphill push against the weight of scientific evidence.
The other alternative might be called the typological Adam. Many today read Genesis as a representation of human existence, in which Adam represents a type of human being. Many Christians believe that to be thoughtful believers in an age of science means accepting macroevolution. Today’s homo sapiens evolved from earlier primates. This view understands Adam as a type or representative for our existence as human beings who struggle to use or freedom responsibly. In this view, hominoid evolution involves the dawning of self- and God-consciousness. As one of the leading commentators on religion and science, Cambridge professor John Polkinghorne, has written: 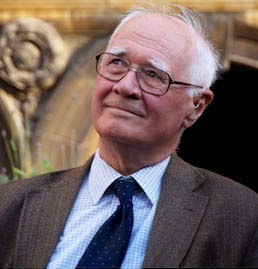 At some stage, the lure of self and the lure of the divine came into competition and there was a turning away from the pole of the divine Other and a turning into the pole of the human ego. Our ancestors became, in Luther’s phrase, “curved in upon themselves.” We are heirs of that culturally transmitted orientation. One does not need to suppose that this happened in a single decisive act; it would have been a stance that formed and reinforced itself through a succession of choices and actions. Death did not come into the world for the first time but rather mortality, the sad recognition of human finitude.

Thus Adam’s creation and subsequent fall are what we all face—a creation in God’s image toward freedom as well as the pull to use that freedom destructively. Like Adam, we are glorious and horrible. And though we are currently in this state of fallenness, the historical life and work of Jesus of Nazareth redeems us.
And I don’t want to miss this affirmation: The key for Christians is Christ and his salvation. For that salvation, we need to be in state of need. It doesn’t really matter whether Adam was a representative type or an historical person, it matters that we are fallen and that through the life, death, and resurrection of Jesus Christ we are redeemed.
Therefore, although I affirm a commitment to creation by God over evolution, fortunately I am not compelled to choose between the two. In fact, the doctrine of creation makes two primary affirmations: we are created in God’s image, and the world is not fully consistent with God’s intentions. We can also be open to reading the Bible and seeing Adam as a type and representative for all humanity. Put another way,


Put simply, Christians believe God created us and our world. We can remain open as to how this was accomplished it and avoid dictating the best way for God to create. Instead we are to look concretely and openly at the evidence as to how God has created (in this case, largely through the evolutionary processes). And we confess as Christians that, like Adam, we are created good, but we have chosen to be separated from God, and therefore we have responded to redemption in Jesus Christ.

(Adapted and updated from my book, Creation and Last Things)
Posted by My Reflections at 9:59 AM 4 comments: