A Very Brief Collection of Provocative Quotations on Science and Faith

Sometimes, it's good just to listen, to listen, that is, to voices of wisdom. In this case, as I've been doing research for an upcoming Science for the Church newsletter, I've discovered some insights from three voices that are certainly worthy of our contemplation. 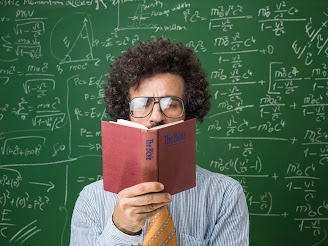 First is from the leading New Testament scholar N.T. Wright, who has emphasized how our metaphysics or our worldview (take your pick of the terms) constrains how we think about God and science:

“My point is this: if you’re trying to have a discussion about God’s involvement in the world—creation, science, whatever—while living and breathing a system in which God has been disinvolved with the world by definition… that is going to make it very difficult.” N.T. Wright in Surprised by Scripture

The second comes from late Rachel Held Evans, who died far too young at age 37 in 2019, and who still resonates as a voice for younger Christians and especially progressives (though, to me, she sounds indelibly orthodox). (In this, you can hear the emergence of a thoughtful follower of Jesus from the straight-jacket of fundamentalism, can't you?)

“Contrary to what many of us are told, Israel’s origin stories weren’t designed to answer scientific, twenty-first-century questions about the beginning of the universe or the biological evolution of human beings, but rather were meant to answer then-pressing, ancient questions about the nature of God and God’s relationship to creation.” Rachel Held Evans

Finally, I turn to the great Francis Collins, director of the Human Genome Project, current head of the National Institutes of Health, recipient of this year's Templeton Prize,

“I have found there is a wonderful harmony in the complementary truths of science and faith…. The God of the Bible is also the God of the genome. God can be found in the cathedral or in the laboratory. By investigating God’s majestic and awesome creation, science can actually be a means of worship.” Francis Collins

Now, I ask you, isn't each of those quotations a thing of beauty?

Posted by My Reflections at 5:20 PM No comments:

I just listened to an enthralling interview with the social psychologist and NYU professor Jonathan Haidt. (It's pronounced “height,” by the way.) In it, Haidt makes a clear case for why our human disgust reaction is natural and why it’s part of our human ethical life, but also the cause of much of our cultural polarization.

Simply put, contemporary culture is inflaming our natural tendency to be disgusted by those we disagree with. And Haidt is particularly troubled by how that plays out in academic life, which is why he began the Heterodox Academy: "To improve the quality of research and education in universities by increasing open inquiry, viewpoint diversity, and constructive disagreement."

Since I’m writing this during the week of the Democratic National Convention, do I need to add that I’m watching the back-and-forth of our putative political “dialogue,” which is really polarized disgust that's familiar, far too familiar? 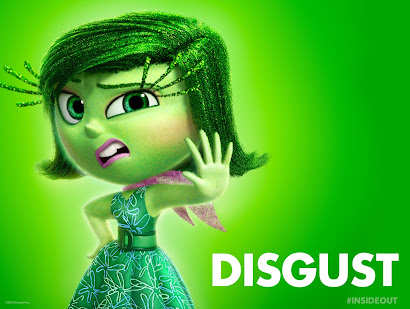 At any rate, as I listened and watched Haidt (in conversation with Jordan Peterson), I was fascinating and intellectually provoked. This led me, as a scholar of religion, to two brief reflections.

On the one hand, we are fundamentally religious, and ethical disgust is characteristic of religion.

Yes, polarization and ethical disgust are emblematic of religion. When Haidt (and to a lesser degree, Peterson) talked, they highlighted our religiosity (even though Haidt says of himself that he is not religious). This is the basis for much of our separation into what’s “clean” and “unclean,” Holy and the Unholy, “human” and “inhuman.” For example, “Harvey Weinstein is an animal” means he’s disgusting and not part of human society. Or when President Trump told congressional members Alexandria Ocasio-Cortex, Ayanna Pressley, Rashida Tlaib, and Ilhan Omar to "go back" home, he was inflaming Republican disgust that they're not part of "us" and "our country."
Remarkably, the Apostle Paul definitively undermines these dichotomies in his letters. He particularly takes aim at the Jewish division of circumcised and uncircumcised. “For in Christ Jesus neither circumcision nor uncircumcision counts for anything; the only thing that counts is faith working through love,” (Galatians 5:6).


On the other, we as Americans are decreasingly less able to direct our desire for transcendence.

Formerly, religions had various methods to return people to the fold, and some were obviously quite elaborate—15th and 16th century indulgences represent famous examples of acts of penance. But my concern lies elsewhere: with the rise of the religious disaffiliation, we pursue fewer explicitly religious means to offer us ways back into the fold. (Currently, between 20 and 25% mark "none" when asked "what is your religion?" About 50 years ago, that number was around 5%.)

As I mentioned, robust and enduring religious traditions have means to find forgiveness and restoration. (This is one reason they've been around for awhile.) Here I’ll focus on Christianity. It’s certainly not the “cheap grace” that Dietrich Bonhoeffer once complained about, but a patient path of repentance that restores us back to ourselves, to God, and to community.
In losing our religious affiliation, the United States has let these well-tried practices gradually slip from our grasp. And this, I believe, leads to the market rise of ethical disgust and social polarization. Which ought to trouble us.
Posted by My Reflections at 10:52 AM No comments:

A Few More Notes on Science and Religion/Head and Heart

Some take recourse in this common cliché: science and religion depict the contrast of “head” and “heart,” respectively. That idea is somewhat distorting since, at least minimally, we know that emotions and rationality are intertwined and take place in various functions of our wonderfully complex and often chaotic brains.
For the past decade or two, affective neuroscientists like Antonio Damasio and Luiz Pessoa have noted the close connection between emotion and decision-making. They encapsulated the trend lines of recent research on emotion and cognitive science when they wrote,

“There are no truly separate systems for emotion and cognition because complex cognitive-emotional behavior emerges from the rich, dynamic interactions between brain networks.” Damasio & Pessoa

And yet the head/heart dichotomy begins to bring us to the right position in understanding our heritage in the United States. Historically, we want either to be warmed in our feelings about the world around us—to see meaning and order and beauty—or to have our thinking kindled—to analyze the particulars of how things fit all reach; something which is the ultimate ideal, and the hopeless quest. 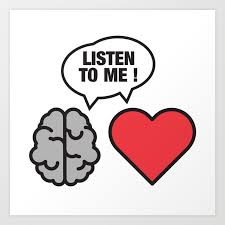 In addition, I learned from Robert McCauley in Why Religion is Natural and Science is Not that religion, with its stories and community and rituals--but not theology, with its complicated rationalized discourse--has a higher cognitive "naturalness" than science and its patient and careful process (which is closer to theology).
This means that when science has truly affected our culture, it’s not the experiments but the larger story of ourselves and our world—what we might call its religious aspects. Albert Einstein’s special relativity theory is amazing science, but when we hear that time dilates, that’s an astounding story. Charles Darwin’s theory of evolution through natural selection is ground-breaking science, but what influences culture is that we are more similar to chimpanzees, and less special, than we thought. I note then not only science for science’s sake, but science for culture’s sake.
And when science has affected culture is indeed, that is when science has interacted most notably with religious life in America.
Posted by My Reflections at 2:30 AM No comments: