Some Thoughts on Genesis 1-2 and 21st Century Science

How then can we look at Genesis 1 and 2 as twenty-first century Christians who live in a highly scientifically saturated and technologically advanced world? (Incidentally, you'll find many more thoughtful answers to questions like this on the Scientists in Congregations website.)

Clearly, the primary concern of these texts is not contemporary scientific questions. Their main intention is to describe the creation of an ordered and habitable home for the people God creates. Thus, many contemporary readers find a constrictive literalism inadequate for understanding these texts. For example, seven twenty-four hour days of creation do not make sense in terms of contemporary cosmological theory. We probably never should have expected otherwise: In 1000 BC, no reader or hearer (since very few read at that time) could understand contemporary quantum cosmology or neo-Darwinian theory.

Accordingly, theologians commonly speak of God’s accommodation: that the revelation of God accommodates itself to the understanding of human minds. John Calvin, writing at the time of major scientific changes in the sixteenth century, phrased it similarly, “Moses wrote in a popular style things which, without instruction, all ordinary persons endued with common sense are liable to understand.”


Do these texts fade behind the brilliance of scientific insight? Hardly. They still radiate great power and wisdom as foundational texts for the Christian church, as sparkling insights into ours and God’s nature. One might even view it as an act of providence that these biblical texts, written long before the emergence of modern science, resonate with certain contemporary scientific theories in the texts.

First of all, Genesis 1:3—“Let there be light!”—initiates a sequence of events with the sudden emergence of light, similar to the unparalleled outburst of energy in the Big Bang. Indeed light comes first, and reminds me of  the fundamental constant in Einstein’s special relativity theory, the velocity of light. (Einstein emphasized this absolute standard. Wanting to avoid any hint of relativism, he promoted the term, Invariententheorie, “invariance theory.” His attempt to name his theory failed, and “relativity” stuck.) In addition, light was created before our sun, which came billions of years after the initial singularity of the Big Bang.

Second, the order of water, vegetation, non-human animals, and then humankind in Genesis 1:6-31 has a broad agreement with the sequence of life’s emergence in evolutionary theory. In addition, the command “Let the earth put forth vegetation” speaks of an indirect creation by God. Science describes a universe of continuity, where God creates humankind indirectly through the processes of nature over time. Put in philosophical terms, God as the First Cause, uses secondary causes to achieve divine purposes. (By the way, if we get primary and secondary causation right, a great number of "conflicts" between faith and science evaporate.)

Third and in a similar vein, evolutionary theory does not necessarily change God’s creating us, but simply the means God uses. The declaration of Genesis 2:7, “then the Lord God formed adam from the dust of the ground, and breathed into his nostrils the breath of life,” depicts with great consonance the creation of man and woman. Once again, extreme literalism will not do: dust does not contain enough carbon nor usually sufficient silicon. The Brown University biologist Ken Miller, who combines a commitment to evolutionary science with his Christian faith, argues against such literalism and for a sensible reading of the texts:

To any biochemist, even an evolutionary biochemist, the notion that human life was formed from the dust of the earth is not only poetic, but scientifically accurate to an astonishing degree. An extreme literalist—of the sort abjured by Augustine—might use Genesis 2:7 to argue that the elemental composition of the human body should match that of ordinary dust. A broader and more sensible reading would tell us simply that the materials of the human body were taken from the earth itself, which of course is true. To understand Genesis, to find the greater truth, I would argue, all one has to do is to apply the more sensible reading throughout.

A sensible or “natural” reading (to use Calvin’s term) is a good rule of thumb. In this case, it leads to striking parallels with contemporary science.

Nevertheless, one must apply such interpretive parallels with a light touch. We will do well not to bet the farm on any particular scientific theory. As the Oxford philosopher, Janet Martin Soskice has concluded, Darwinian science did not disprove faith. It simply took on the Watchmaker God of the eighteenth century—which incidentally neither Calvin, Augustine, nor Jesus ever presented—and demonstrated its insufficiency as description of God’s character. Soskice writes that


because the theological apologetics of the eighteenth century had been so closely wedded to the science of their time, with its support for the arguments from design, the controversies over evolutionary theory came in the nineteenth century as a powerful blow. Religion’s dearest ally had turned on it. Science, which had been proving the truths of religion only a hundred years before, now proposed naturalistic explanations for the perfections and order of the natural world. The divine clockmaker was redundant.

And so Christians confess faith not in a Great Watchmaker, but in the Lord of grace who created the world out of sheer, superabundant love. The final book of the Bible, Revelation (4:11), expresses this so well:


You are worthy, our Lord and God,    to receive glory and honor and power,
for you created all things,    and by your will they were created    and have their being.

And this is the Creator, it appears, does not think it unworthy that we discover the divine nature, not only through revelation, but through the beauty and order of creation... and thus through science.
Posted by My Reflections at 3:25 PM 5 comments:

[A brief thought on faith, science, and meaning I excerpted and adapted from my book, Creation and Last Things.] 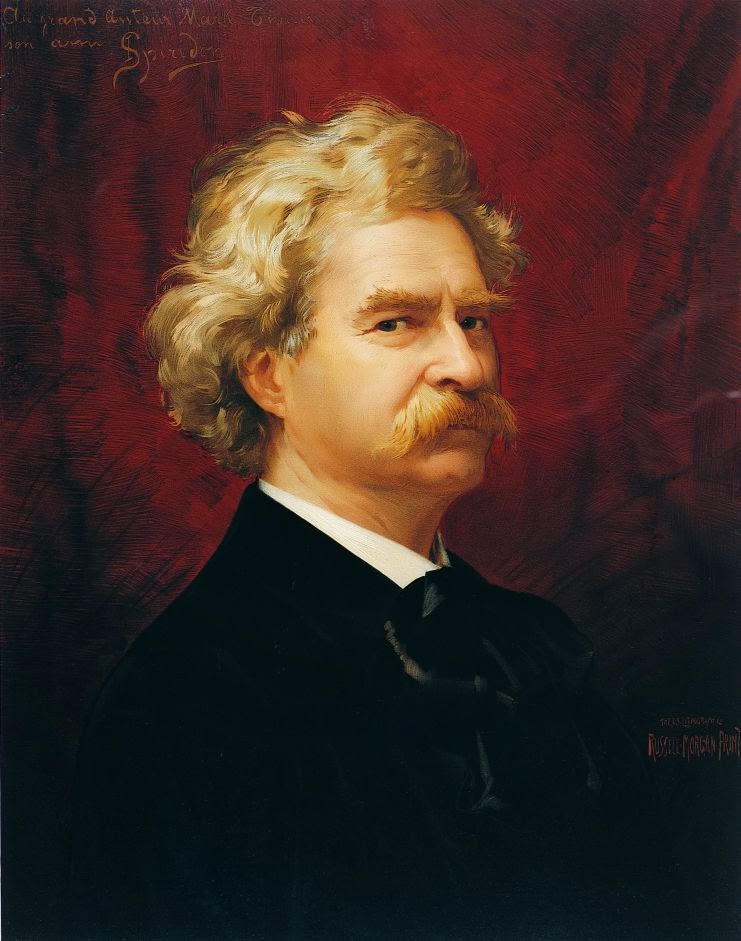 There are two types of people—those who divide people into two types and everyone else.

With Twain in mind, I am still willing to say that there are two basic approaches to our existence: life either bursts with meaning or is meaningless.
And yet, on certain days which of us does not resonate with certain scientists who, having cut themselves off from the Designer, find an ultimately purposeless creation? Harvard astronomer Margaret Geller believes that it is pointless to mention purpose for the universe:

Why should it have a point? What point? It’s just a physical system, what point is there?

And yet, on certain days which of us does not resonate with certain scientists who, having cut themselves off from the Designer, find an ultimately purposeless creation? Certainly, not all scientists express this (at least vaguely) nihilist conclusion about the world. I remember a graduate seminar on with David Cole, a biochemist at U.C. Berkeley. He showed us pictures of polymers and exclaimed—“Aren’t these beautiful! Look at the wonder of God’s creation!” I had never thought of polymers that way. (Actually, I had never looked at them that closely.) Like David Cole, many scientists, in discovering God’s design, find ample reason to praise the Designer. In fact, science and theology in the past century have pointed toward an amazing convergence. Consider, for example, Francis Collins, head of the NIH, who commented, "I find that studying the natural world is an opportunity to observe the majesty, the elegance, the intricacy of God's creation."

God has brought this world into existence. Both the act of doing so and the product are creation. Like a writer, God invented and created the world, and in doing so, stepped back to the let the characters “speak for themselves.” The created order remains different from God. On the other hand, the work bears the imprint of its Artist. And so I will thread two analogies though this book: writing a play and improvising with a jazz combo. I will save how God and Miles Davis can be compared for the moment and move instead to the analogy of writing. Speaking the world into existence has been used as an image for creation since the Hebrew Scriptures. As Psalm 33:9 declares, “He spoke and it came to be.” Words require no pre-existing material and point to the sovereignty of the Writer of the drama. Thankfully, we know the ending, and it is all good. From an undergraduate education in French literature, I recall that a comedy is defined, not by its use of humor (although there may be some), but by its ending. A comedy ends with resolution, with good ultimately in triumph over evil. And so in God’s comedy, good wins out. In the meantime, the real joy will be discovering our part in this cosmic comedy.
Posted by My Reflections at 11:25 AM No comments: