Paranoia, Politics, and Science (A Meditation on July 4th)

I'm beginning to work on a review of Antony Alumkal's Paranoid Science, and given the book's title, the word paranoid is key. In fact, Alumka's book builds on a speech (which later appeared in a magazine article) that addresses the growth of paranoia in American politics.

Consider this citation and try to figure out the era in which the article is written. (I've 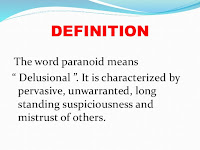 suppressed one word with [x] to remove an easy clue.)


American politics has often been an arena for angry minds. In recent years we have seen angry minds at work mainly among extreme right-wingers, who have now demonstrated in the [x] movement how much political leverage can be got out of the animosities and passions of a small minority. But behind this I believe there is a style of mind that is far from new and that is not necessarily right-wing. I call it the paranoid style simply because no other word adequately evokes the sense of heated exaggeration, suspiciousness, and conspiratorial fantasy that I have in mind. In using the expression “paranoid style” I am not speaking in a clinical sense, but borrowing a clinical term for other purposes. I have neither the competence nor the desire to classify any figures of the past or present as certifiable lunatics. In fact, the idea of the paranoid style as a force in politics would have little contemporary relevance or historical value if it were applied only to men with profoundly disturbed minds. It is the use of paranoid modes of expression by more or less normal people that makes the phenomenon significant.

The writer, an eminent historian (I'll throw in that clue), a few paragraphs later offers this insight for the paranoia:


If, after our historically discontinuous examples of the paranoid style, we now take the long jump to the contemporary right wing, we find some rather important differences from the nineteenth-century movements. The spokesmen of those earlier movements felt that they stood for causes and personal types that were still in possession of their country—that they were fending off threats to a still established way of life. But the modern right wing, as Daniel Bell has put it, feels dispossessed: America has been largely taken away from them and their kind, though they are determined to try to repossess it and to prevent the final destructive act of subversion. The old American virtues have already been eaten away by cosmopolitans and intellectuals; the old competitive capitalism has been gradually undermined by socialistic and communistic schemers; the old national security and independence have been destroyed by treasonous plots, having as their most powerful agents not merely outsiders and foreigners as of old but major statesmen who are at the very centers of American power. Their predecessors had discovered conspiracies; the modern radical right finds conspiracy to be betrayal from on high.

Important changes may also be traced to the effects of the mass media. The villains of the modern right are much more vivid than those of their paranoid predecessors, much better known to the public; the literature of the paranoid style is by the same token richer and more circumstantial in personal description and personal invective.

Alumkal argues in his book that the Christian Right has a paranoid resistance to science. I'll have more to say about that in future posts, but for today, I have two questions:

I won't answer the first--that's for you to comment--but to the second, the [x] above was for "Goldwater" (or Barry Goldwater, the Republican nominee for US President in 1964). Does that help?  The author is Columbia Professor of American History Richard Hofstadter, speaking first at Oxford University and then publishing a piece for Harper's in November 1964 "The Paranoid Style in American Politics."

The more things change, the more they remain the same.

A coda: Hofstadter's closing line is brilliantly phrased, "We are all sufferers from history, but the paranoid is a double sufferer, since he is afflicted not only by the real world, with the rest of us, but by his fantasies as well."
Posted by My Reflections at 10:43 AM

I listened to Slate's Slow Burn series about both the Nixon and Clinton impeachments right after the 2016 election and in some ways, it was comforting to know that we weren't on some uniquely apocalyptic political downturn, but that much of this had happened before. Both with the Republican and the Democratic side of things. I think that there is a paranoid response to science, but I'm not sure I would categorize it as being purely in the "political right". It seems to me that the anti-vaccine movement is populated by many on the left. Many on the left are also questioning of scientific advances in genetically modified organisms. So, I think it just depends on the subject whether it is more the right questioning science (climate change, air pollution, etc.) or the left. But, as a society, I do think that we have a stronger paranoid response to mainstream science than previous generations, but I don't know enough to know if that is true. Great discussion! Thanks for posting.