Technology and Christian Mission: A Reflection on Ex Machina

The past few days my science and religion class and I have been watching the 2014 film Ex Machina (starring Domhnall Gleeson, Alicia Vikander, and Oscar Isaac). It’s a good rule of thumb that, when topics make their way to film, they’ve become part of our culture’s collective unconscious. I’m reminded of how profound it is, not only for forecasting technology’s arc, but for how we see ourselves. Most pointedly, if the tone of film is our guide, technology, in the character of an Artificial Intelligence humanoid robot that can pass the Turing Test, Ava, brings marked fear.

Why do we fear technology—its presence in our lives and what skulks on the horizon?

Consider the title of the film. Ex Machina. It plays on the old Greek tragedy’s phrase, deus ex machina or “god of the machine.” Apparently, the Greek dramatist Aeschylus coined the term to describe when a machine was operated that lowered actors playing gods onto stage. This could either a crane (a mechane in Greek) from above, or it was a riser that brought actors up through a trapdoor. Today we use deus ex machina more broadly to denote an unrealistically resolved plot.

But here, in Ex Machina,the direction is reversed—the plot isn’t wound back into a cosmic harmony, but descends into anarchy. It is not a comedy—where the initial values of the film’s world are restored—but a tragedy, where (spoiler alert) an anonymous AI robot releases herself into the world with the hint of ensuring chaos. The “god” of the machine—Nathan, the creator of Ava—is destroyed.

Partly this is the fear of Big Data—that Nathan, head of internet search firm Blue Book (read: Google), has taken the mass of data collected through our computers, our iPads, our phones, etc. to create an AI brain. All that information is scary (as I read in a recent review of Ex Machina by Popular Mechanics on the "weaponization of data.")

But what if we learned not just to fear technology, or to weaponize it, but harness it for good and for Christian mission?

I’ve argued elsewhere that we need to paraphrase Jesus’s view of the Sabbath:

“Technology was made for us, not us for technology.” My contemporary adaptation of Jesus's words in Mark 2:27 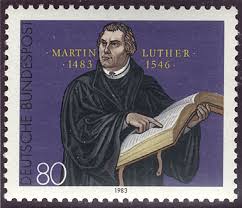 In the history of the Christian church, we’ve pioneered the technology of the codex (or the book) instead of the scroll to hold our sacred documents. Try finding John 3:16 on an unwieldy scroll versus a nicely bound book. And Paul used the technology of Roman roads to carry the Gospel throughout the Roman Empire. Moreover—for just one more example—Martin Luther employed the printing press and translation of the Bible into vernacular German to bring the Word back into the hands of the people.

If it sounds like I’m saying that spreading the Gospel through the YouVersion app is part of the mission of the church, and that AI and CRISPR Cas9 gene editing can be used for the good that God has for us, then I’m making my point.

If you also hear me expressing concern that we do very poorly when we’re left to our own devices (as it were), and without prayer, repentance, humility, obedience to Scripture and community discernment, we fail, then this post has been successful.

Do I know exactly what this use of technology for the mission of the church will look like in the coming decades? Absolutely not. As Yogi Berra once opined,

“It's tough to make predictions, especially about the future.” Yogi Berra

Except, of course, we as God’s people can predict that God will take care of us and that we have the power of the Spirit and the grace of our Savior, even when we make errors in judgment.

That’s one prediction I’m willing to make.
Posted by My Reflections at 9:11 AM

Interesting article. I’ve only recently watched the movie.
“Why do we fear technology?”
Technology is simply power. Why do we fear power? Well, all power can be used for us or against us. That’s such a pretty broad generalization, I’m not sure it’s very helpful. deus ex machina is more precisely, I think, “God from the machine.” That has application today as we look to the power of technology to be our savior…”Our savior from the machine.” One made in our image.

But as we begin to relate to technology less as a tool and more as a servant/companion (because we are ability to comprehend or control it continues to diminish), then it has more influence to shape us instead. The question becomes, what exactly IS shaping us and to what end in this process. We become more vulnerable to forces not fully apparent to us, and perhaps not in one entities control.

Anarchy is an apt term, but that does not mean “disorder.” It means an order that evolves without any clear, single, or designated leadership. Ava evolves because she has been programed with the elements the create a survival instinct. The movie explores this in a fascinating way, but suggesting sexual differences are at the heart of human telos that propels evolutionary growth. It is the “control” of “leadership” that prevented the evolution of Ava. It was what you call anarchy that launched into evolving with direction.

This raises what I think is the more essential question. We don’t fear “power” that serves us as a tool we control. We fear how things evolve out of our personal control. This is more of a question regard of what kind of world we think we live in. Can I expect the general drift to work in my favor or against me? Is this a loving universe or a hostile one. Is the essential force of the universe Love or rape? If our technology becomes a “savior" in our image, what really is is our image reflect? What kind of “savior” will our technology become?