Notes on C.S. Lewis: One Outcome from Suffering

I came across this post this week, which lays down a fairly clear challenge to those who 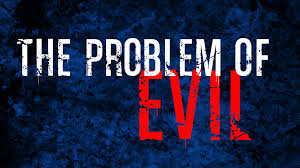 believe in a good God from a senior editor of Free Inquiry, James Haught:


"Actually, there’s clear proof that an all-loving, all-powerful Father-Creator god doesn’t exist. It’s called 'the problem of evil.' Such a merciful deity wouldn’t have created hideous diseases or natural tragedies, and do nothing to save people from them. And he wouldn’t have designed nature to be a bloodbath of carnivorous slaughter. That clinches it for me. It doesn’t disprove a cruel god, but it wipes out a compassionate one." Atheist James Haught

The undeniable presence of evil and suffering offer a strong counter argument to the existence of a good and all-mighty God. But, is that, as James Haught argues, "clear proof"? Moreover, would it make any difference we can find a purpose for evil and suffering? This is an honest question, not simply a rhetorical one. As I write this post, I'm also working on an entry in our online faith-science newsletter, looking this week at the work of C.S. Lewis on suffering (or more specifically, theodicy), the defense of God's existence in light of evil in the world).

Suffering is never something that human beings look forward to. As Lewis phrased it succinctly in The Problem of Pain, “Pain hurts.” We do not naturally seek it. One key realization for Lewis was that suffering breaks down our idea of the divine that we always want to make in our image. Instead God is the great “iconoclast” who breaks down our overly simplistic images. We want to believe in a God who provides us with constant pleasure, what a friend of mine once called a world of “bubbles and kittens.”

As Lewis writes after the death of his wife, Joy, in his searingly honest struggle with loss, A Grief Observed:


"My idea of God is not a divine idea. It has to be shattered time after time. He 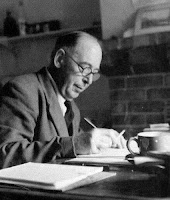 shatters it Himself. He is the great iconoclast. Could we not almost say that this shattering is one of the marks of His presence? The Incarnation is the supreme example; it leaves all previous ideas of the Messiah in ruins. And most are ‘offended’ by the iconoclasm; and blessed are those who are not." C.S. Lewis

At the end of the day, Lewis realized that God used pain in his life to form him. As he once wrote about the Christ figure, Aslan, in his Chronicles of Narnia, "'Course he isn't safe. But he's good." God's goodness seeks to make us more into the image of Christ, even if pain is part of that process.

Coda: I realize this isn't, for many, an entirely satisfying response (let alone an answer) to evil. As I worked on this piece, I had an interchange with my colleague, Drew, who told me his concerns about such "soul-making" versions of how to respond to the problem of evil. I replied that, yes, there are problems, but I sense that today we've somehow lost our nerve--Christians of the past would often find strength that God offers a why in the midst of a terrible what. But the question lingers: How do you feel about this concept today?
Posted by My Reflections at 7:08 AM