A Few Summary Comments on Buddhism and Science

I’ve come to conclude that, unless religious traditions are able to integrate science and technology, they will gradually fade. This isn’t per se the well-worn “secularization thesis” of Max Weber (as in The Protestant Ethic and the Spirit of Capitalism), but it is a recognition that religions retain their vitality as they engage contemporary culture. Minimally, that rubric guides my particular interest of analyzing how any particular religion and contemporary science relate to each other. 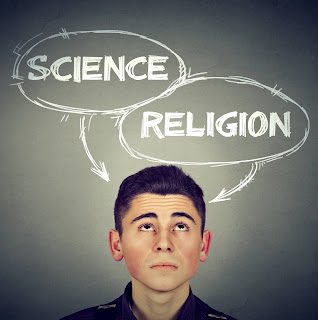 You see, I've been writing a chapter for a new book on Buddhism and science, and this is part three of a mini-series in the blog. In sum then, how does Buddhism do? Is it Philip Clayton observes, "the poster child for successfully integrating religion and science”?
Not entirely. Surveys indicate that Buddhists tend not to integrate science with their religious life, but generally conclude that "religion and science as two separate and unrelated spheres,” according the Pew Research Center.
Naturally, in recognizing the stunning variety within Buddhism, I can’t provide a summary statement for all Buddhists. For one thing, it is rooted in East Asian culture and therefore less historically embedded in the "conflict" or "warfare" thesis.
I can affirm that Buddhism, at least in many forms, is nontheistic, or at least has no teaching of a Creator God, a teaching has proven problematic for some scientific cosmologies. But as I mentioned, in a previous blog post, this is not uniformly positive, since the Dalai Lama has expressed resistance, as a Buddhist, to the conclusions of the Big Bang.
More striking is the Buddha’s openness to experimentation. Still, as we’ve seen (back to my previous post), this isn’t absolute.
All in all, Buddhism does not represent the poster child, but I’d still affirm that it’s doing fairly well for a tradition that’s been around 2500 years. It will continue to make significant contributions to the way that we negotiate the relationship of science and religion. All religious thinkers, including we Christians, can learn from the Buddhist example and its contributions.

Email ThisBlogThis!Share to TwitterShare to FacebookShare to Pinterest
Labels: Buddhism and science