There's at least one contemporary expression that I don't fully understand. And honestly, I'm also pondering it in light of yesterday's riots and insurrection in our Capital and what was happening psychologically, both for President Trump and his virulent supporters.

Was that distorted self-love, or is self-love always a distortion?

What exactly does this imperative mean?

A word from St. Clive

There are times like these when I wish C.S. Lewis were still with us. Because he grasped the inherent problem. If "you be you" is a form of self-love that implies "and don't give a *whiff* [substitute your word] about others," that indeed is a problem.

It evokes the age old question of whether self-love is a Christian virtue. I, like St. Clive, have some doubts. 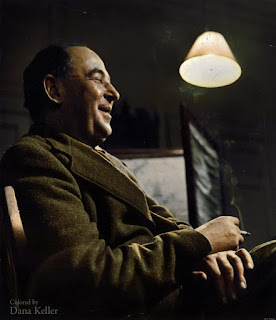 The twisted interpretations of "Love your neighbor as yourself"
For my part, "you be you" sounds a bit too much like what I hear smuggled under the banner of "Self Care" and the rank self-indulgence in America. It also causes Blaise Pascal always rings in my ear: To love yourself implies a level of dishonesty and self-deception because there's fairly icky stuff, some rats in the basement, when we peer into our own souls.
In interpreting "Love your neighbor as yourself," I've repeatedly heard "this means we have to love ourselves." But that's not Jesus's main point. There is no direct command for self-love. Instead, his emphasis is this: We know how we'd live to be loved. So, do the same for others. It's really just another form of the Golden Rule.
And yet, a caveat: I don't want to go too far. It is fine ultimately to love ourselves, but not to start there. And Lewis leads us in the proper order.
Back to CSL
For his part, and as I quoted in the last post, C.S. Lewis knew the history the problem of self-love and arrived at an exquisitely concise solution. In "Two Ways of Self," he reminded us that, the Christian tradition, we are loved by God--and thus we can love ourselves.

"To love his neighbor as himself, he may then be able to love himself as his neighbor; that is, with charity instead of partiality." C.S. Lewis 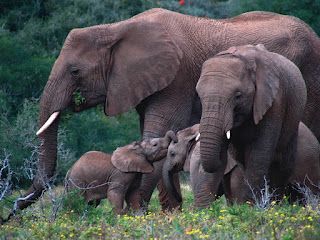 Or as he phrased it a bit more creatively in The Screwtape Letters, where the devil Screwtape is describing the aims of "the Enemy" (or God):

“The Enemy wants to bring the man to a state of mind in which he could design the best cathedral in the world, and know it to be the best, and rejoice in the fact, without being any more (or less) or otherwise glad at having done it than he would be if it had been done by another. The Enemy wants him, in the end, to be so free from any bias in his own favor that he can rejoice in his own talents as frankly and gratefully as in his neighbor's talents--or in a sunrise, an elephant, or a waterfall.” C.S. Lewis

Would about the scandalous behavior of our President and how it affected his mob? I think it's "you be you" and self-love gone wild. Would these insights help us today in undue the serious defects in American life? I think so. At least, one can hope.

Posted by My Reflections at 6:30 AM