Are the Historical Adam and Eve Like Jesus's Resurrection? A Musing 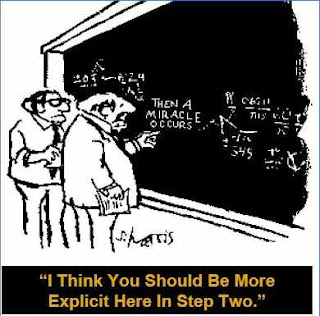 We don’t want to end up with the "God of the gaps." That's the idea that, when we can’t find God yet in the natural processes, we insert God into that gap. It may seem like a quick and easy solution, but it just raises more problems.

The 20th century theologian and Christian martyr under Hitler Dietrich Bonhoeffer offered the best rejoinder to that type of thinking when he wrote,


“It always seems to me that we are trying anxiously in this way to reserve some place for God; I should like to speak of God not on the boundaries but at the center, not in weakness but in strength; and therefore not in death and guilt but in man's life and goodness.”

God at the center. The God who inspires human discovery and knowledge. For those who want to engage faith and science, the problem is that science continues to fill in the gaps by finding natural causal links.

And so I usually take recourse in a philosophical approach called dual causation. Here's one way to describe by way of the great medieval philosopher Thomas Aquinas in which he distinguished between primary causation (God) and secondary causation (creatures):

“[Thomas] showed that this is true of God--or the First Cause--in the causality of being. The First Cause causes things to be or exist. Secondary causes (which are true causes) give their effects or outcomes limited being.”

Because I’m a fan of science, I’m also a fan of dual causation, which goes something like this: If God is going to work in the natural world, he will often do so through natural means. Here's an example. We can speak of an event through two means—God’s and the world’s. Let's consider Psalm 139:13 “For you created my inmost being; you knit me together in my mother’s womb.” When God knits us together in our mother’s womb, that divine work occurs through natural processes that physicians and embryologists can study.

Since this is right after Easter, it's worth considering Jesus's Resurrection, which seems to me to one of those rare cases where God is acting unilaterally, that is, as the Primary and Sole Cause without secondary causation. Jesus's rising from the dead--and our resurrection, for that matter--doesn’t arise from inside nature, but from the One who is not bound by the natural world, the God who creates and upholds nature. Otherwise, we get the highly problematic ideas that of resurrection as the result of evolutionary optimism, the idea that we’ll keep evolving into something better. In a word, Yikes!

In my reading, Josh doesn't say that Jesus's Resurrection and God's direct creation are exactly the same, but he infers that they both point to instances where God acts (now in my language) unilaterally. This is single causation.

In the Garden of Eden, the human being or "man" is said to be created "from the dust of the ground" (Genesis 2:7), which means existing elements of nature. It's actually a play on words in Hebrew: adam ("human being" or "man") comes out of the adamah ("ground" or "soil"). Note that this is a bit different from the earth that God uses "to bring forth living creatures of every kind" (Genesis 1:24), and yet both the man and the living creatures don't arise out of nothing (ex nihilo). And then there's "the woman": God makes her from the man's rib (Genesis 2:24). None of this sounds like the creation ex nihilo of the universe summarized in Psalm 33:8, "For he spoke, and it came to be," and stated more directly in Romans 4:17 when Paul describes God, "who gives life to the dead and calls into existence the things that do not exist." And here, it should be noted, Paul compares God's creation out of nothing with resurrection. Hmmm... single causation.

But doesn't God's creation of Adam and Eve, even by the strictest standards of interpretation, use pre-existing material, the dust and a rib, respectively? And to return to the central question: Are the Historical Adam and Eve Like Jesus's Resurrection or something different? Could Adam and Eve's creation be seen as a direct act of God? The texts don't seem to lead in that direction.

Still, I'm not sure. As I've written elsewhere, I'm more convinced--along with C.S. Lewis and Francis Collins and James Dunn--that it's better to think of Adam and Eve as typological rather than historical. But if we take a literalist approach, their creation is not, it appears, directly comparable to the Resurrection of Jesus.

But then again, as I put right in the title, this is a musing, and therefore without a definite answer. I'd be interested to know what you think.
Posted by My Reflections at 4:31 PM